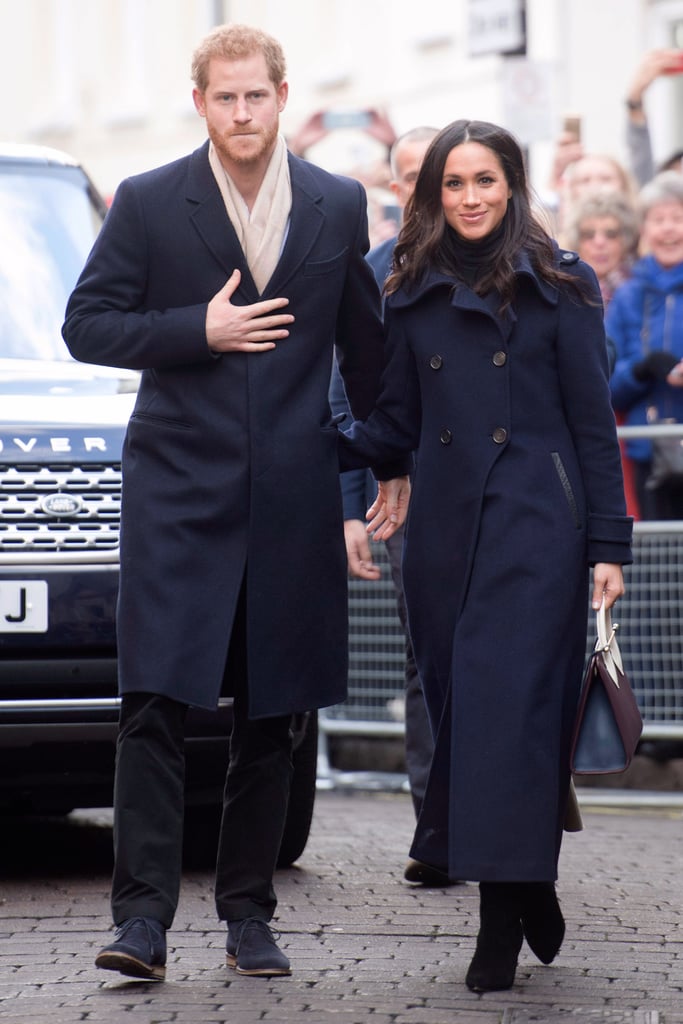 Almost a week after announcing their engagement, Meghan Markle and Prince Harry embarked on their royal duties. Meghan accompanied Prince Harry for a visit to the Terrence Higgins Trust World AIDS Day charity fair in Nottingham. For the public event, she bundled up in a tailored, double-breasted navy coat and managed to match her beau in the process. While the outerwear is from Mackage, a Canadian brand Meghan's worn before, underneath she wore a beige pleated skirt by British label Jospeh and a pair of black slouchy boots.

Although Meghan is calling London home, her connection with Canada is still apparent through her clothes (it was where her show Suits was filmed). The merge of the two different labels in this ensemble, however, also reflects Meghan's changing lifestyle and might even signify a strong shift toward wearing all British brands in the future. We wouldn't be surprised because, after all, she and Kate Middleton have some designers in common. Read on to see Meghan's debut look, then shop similar coats.