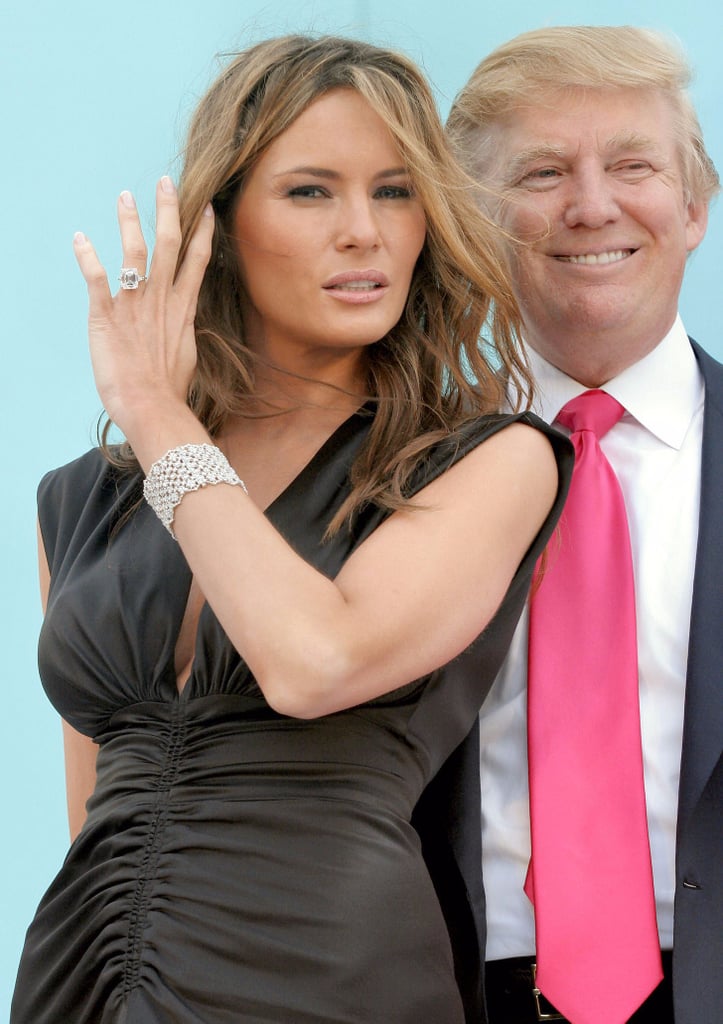 Melania Trump's wardrobe is lavish, to say the least. Since becoming the first lady, Melania has been spotted carrying more than a few designer handbags, but she also has the jewelry to match. Donald Trump presented Melania with a $3 million stunner, which is reportedly 25 carats, for their 10 year anniversary.

Melania's diamond ring first came into the spotlight when Twitter commenters called out her prominently displayed bling in her official White House portrait. Keep reading to have a closer look at her extravagant diamond ring ahead.