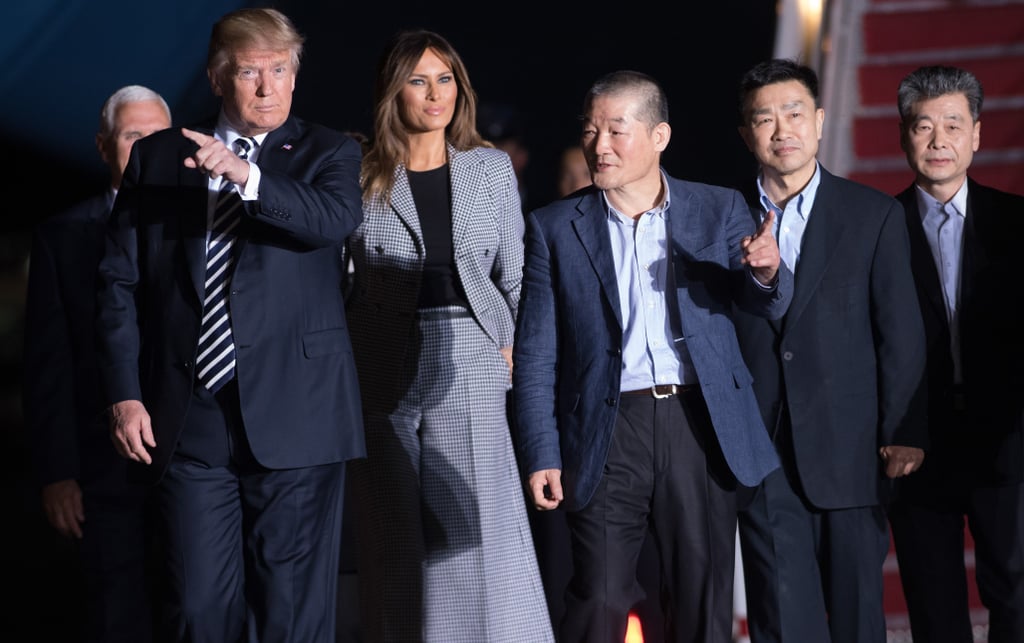 The Last Time Melania Trump Wore This Suit, She Was Hanging Out With Prince Harry

During her time in the White House, Melania Trump has not repeated many outfits, at least for official appearances. She does own the same Michael Kors sheath dress in two different shades, and she's styled an Escada blazer with contrast stitching on two separate occasions. This houndstooth Dior pantsuit — which Melania wore to greet Secretary of State Pompeo and American detainees released from North Korea alongside the president — was instantly familiar. Melania also wore the notable designer coordinates when she joined Prince Harry for the Invictus Games in Canada.

For her first appearance in the set, Melania showed off the double-breasted design of the jacket by keeping it buttoned, but she softened the look at Joint Base Andrews, sporting a black tee underneath and a thin belt around her trousers. Ahead, you can see both of Melania's moments in the Dior outfit. She might eventually find she enjoys reworking trusty pieces — women in the public eye like Kate Middleton and Spain's Queen Letizia are certainly fans of this trick.