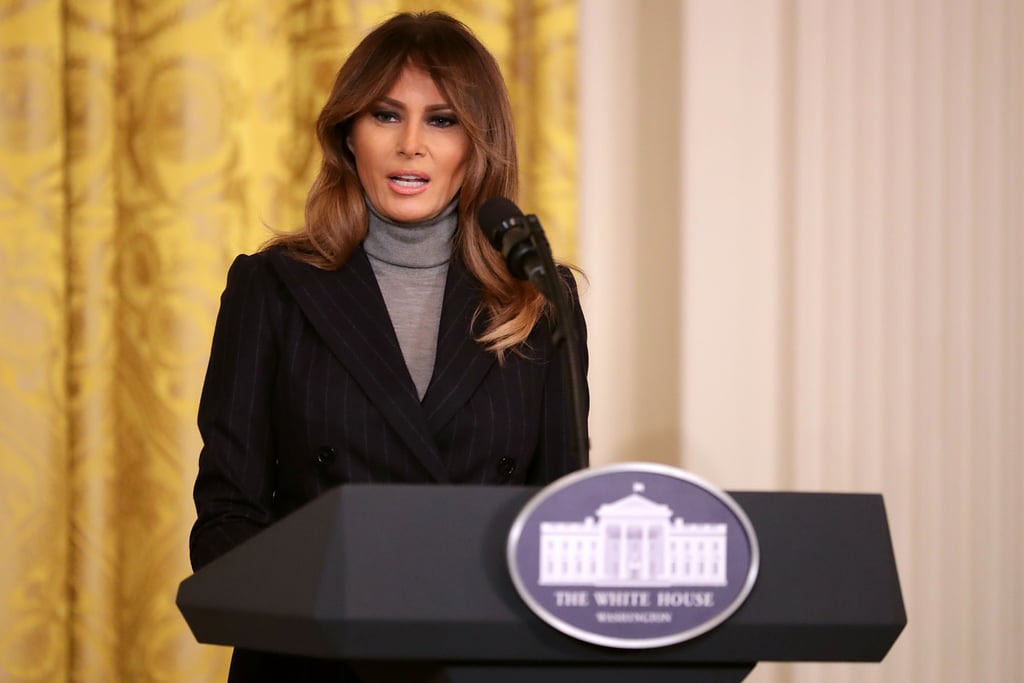 Melania Trump delivered a speech about the ongoing opioid crisis at a White House summit on March 1. For the event, she discussed the administration's work to combat the issue while wearing a polished outfit: a navy, double-breasted pinstripe suit. Rather than styling her suit with a blouse or a button-down shirt, Melania decided to take a styling cue from Steve Jobs and wear a turtleneck sweater underneath. The first lady wore a similar suit in gray while welcoming Canada's Prime Minister Justin Trudeau and his wife, Sophie, to the White House back in October. Read on to get a closer look at Melania's outfit, then shop similar sweaters ahead.