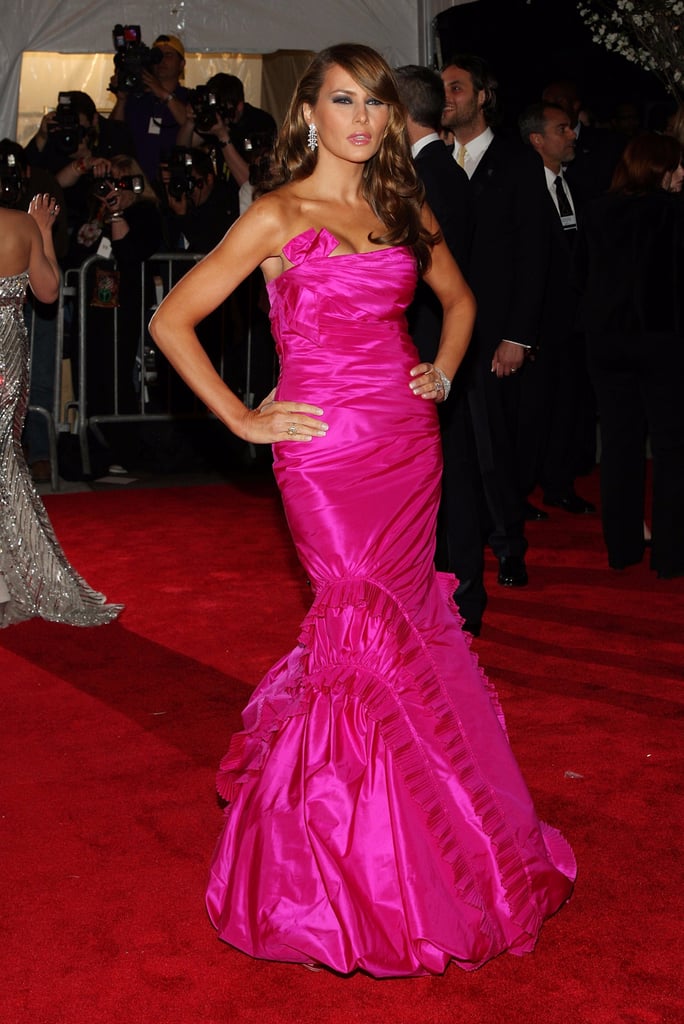 Before Melania Trump became first lady, she was just another model walking the red carpet at events. And like most early 2000s stars, Melania wore some very questionable outfits, especially to the Met Gala. In fact, the only thing her past style has in common with her current look is her consistent love for high-end designers. For past Met Galas, Melania has worn labels such as Alexander McQueen and Reem Acra.

You might not have known this, but the high-profile event holds a special meaning for the Trumps. It was where Donald proposed to Melania in 2004. That year also marked the first time they attended the Met Gala together. It's no wonder, then, the two kept returning almost every year for the fashionable night. However, the pair's future appearances on the famous red carpet have likely come to an end. In a telling interview with James Corden, Anna Wintour admitted she will never invite Donald Trump to the Met Gala again. (Anna is chairwoman of the event and, most importantly, oversees the guest list.) Melania's Met Gala days are over, but reminisce over all her past dresses ahead.