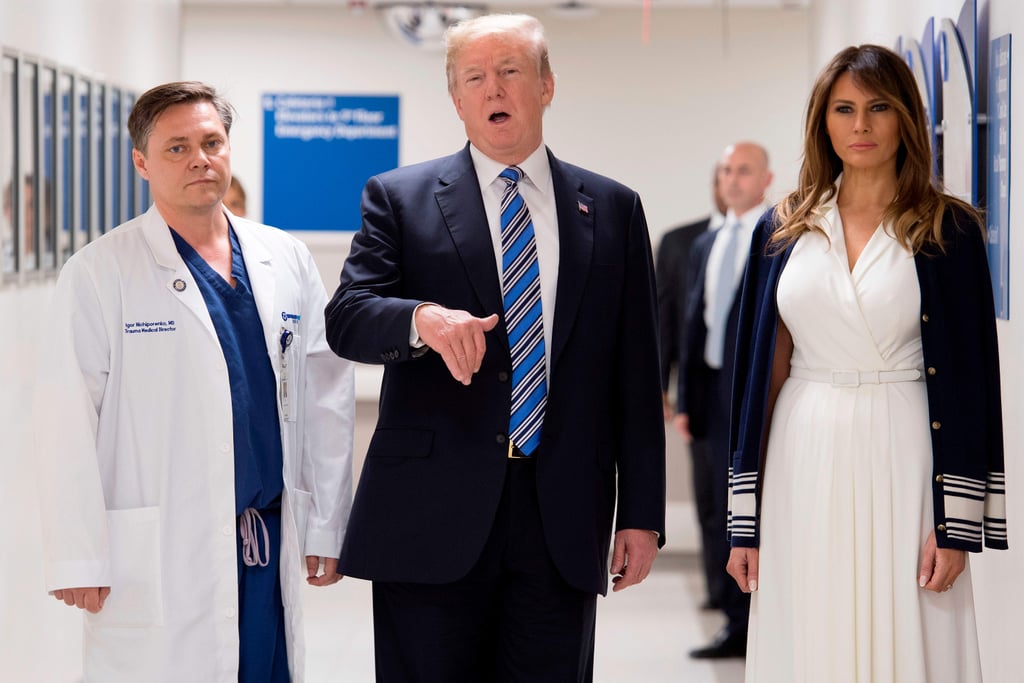 After the mass shooting at Marjory Stoneman Douglas High School, President Donald Trump and Melania Trump flew into Florida to pay their respects. The duo visited first responders and victims at Broward Health North hospital. For the trip, Melania wore a plain, wrapped pleated white dress with black heels. Keeping modesty in mind, she covered her shoulders with a navy striped cardigan. The stripes echoed the ones on the president's tie. The couple's formal appearance comes after outrage cries from the public for stronger legislative actions on gun control. In particular, Jimmy Kimmel went on his late-night show to urge the president to do something. Read on to see photos of their visit.