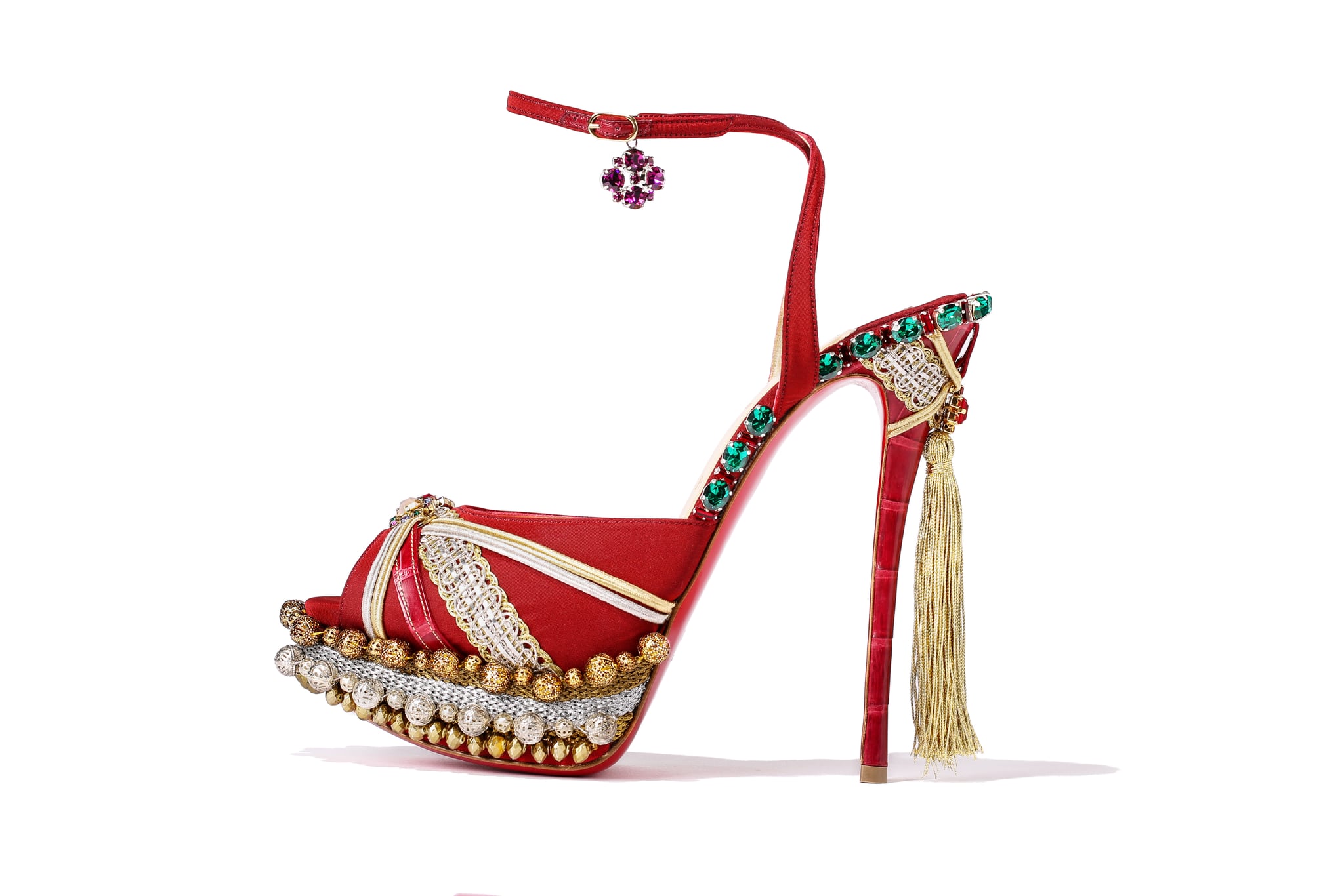 There's no doubt that Blake Lively looked like royalty at the Heavenly Bodies: Fashion and the Catholic Imagination Costume Institute Benefit Gala on Monday.
Held annually at the Metropolitan Museum of Art, and better known as the Met Gala, the star showed up as a guest of Christian Louboutin.

With a jacket from Rohit Bal, vest from Sabyasachi, jewelry from Hanut Singh and pants from Berluti, the designer was looking pretty fierce himself in his own custom patent leather loafers with satin rose detail.

While Blake's gown swept the floor, it was difficult to see her footwear at times, but once you lay eyes on her heels, they're difficult to forget. Rocking a custom peep-toe embellished platform shoe with gold threaded tassels and a crocodile heel, there was plenty of thought put into creating the one-off piece.

"I wanted to design a delicate armor for her feet with crocodile and stones," Christian Louboutin says. "A feminine warrior with a gold tassel for a religious wink."

As a 30-year-old actress with two kids who manages to remain ever-graceful, we think warrior sums her up perfectly. 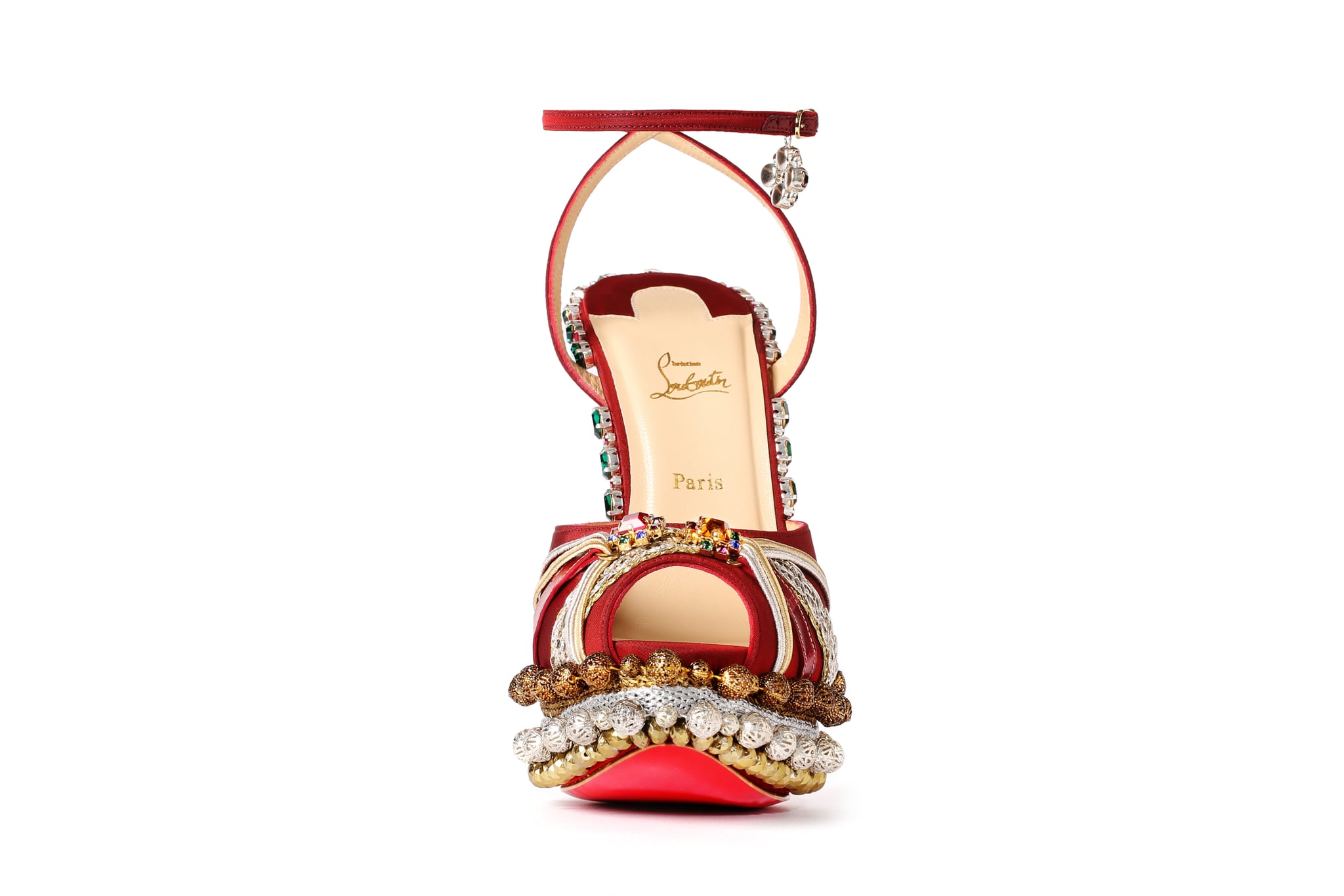 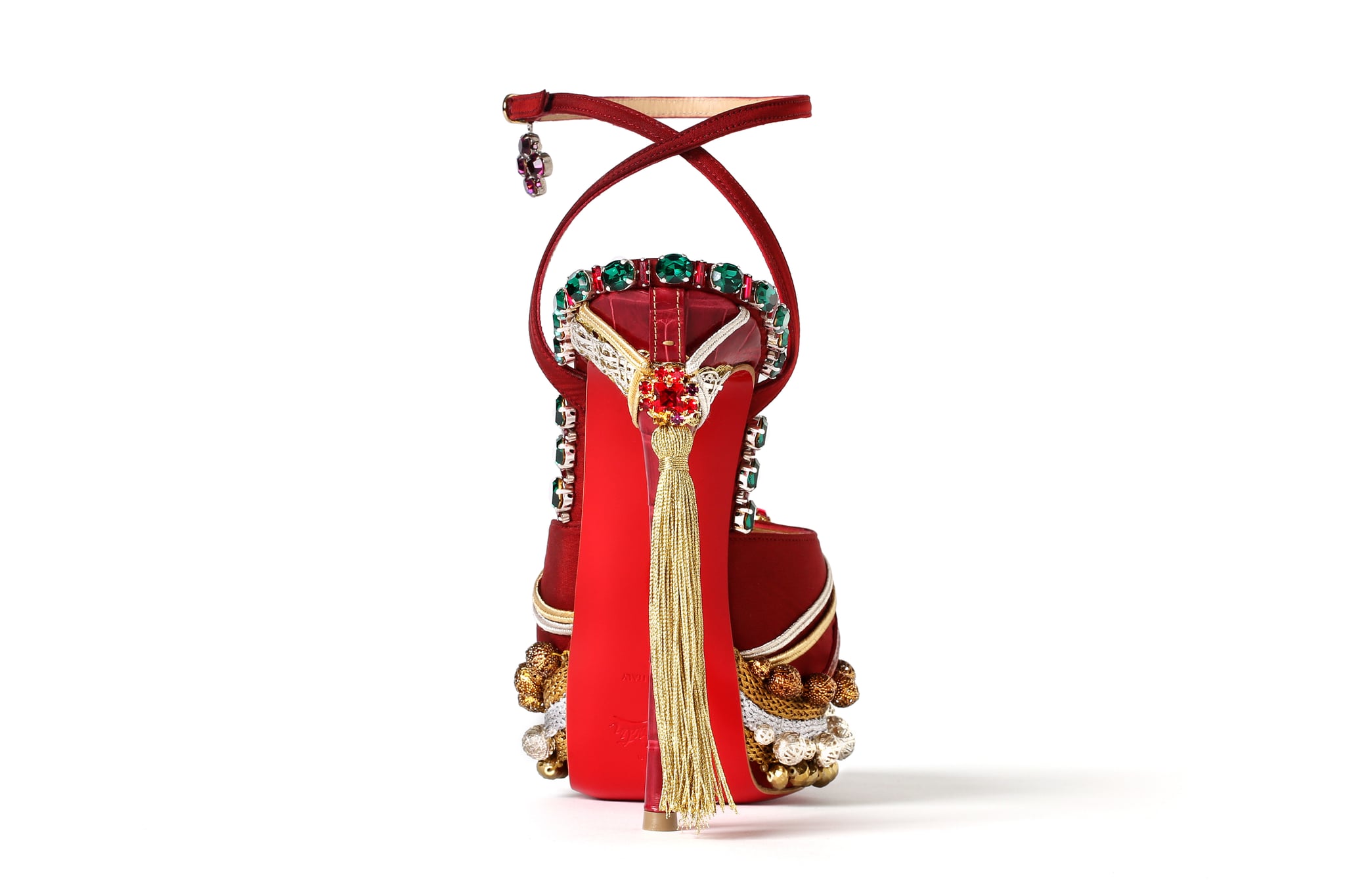 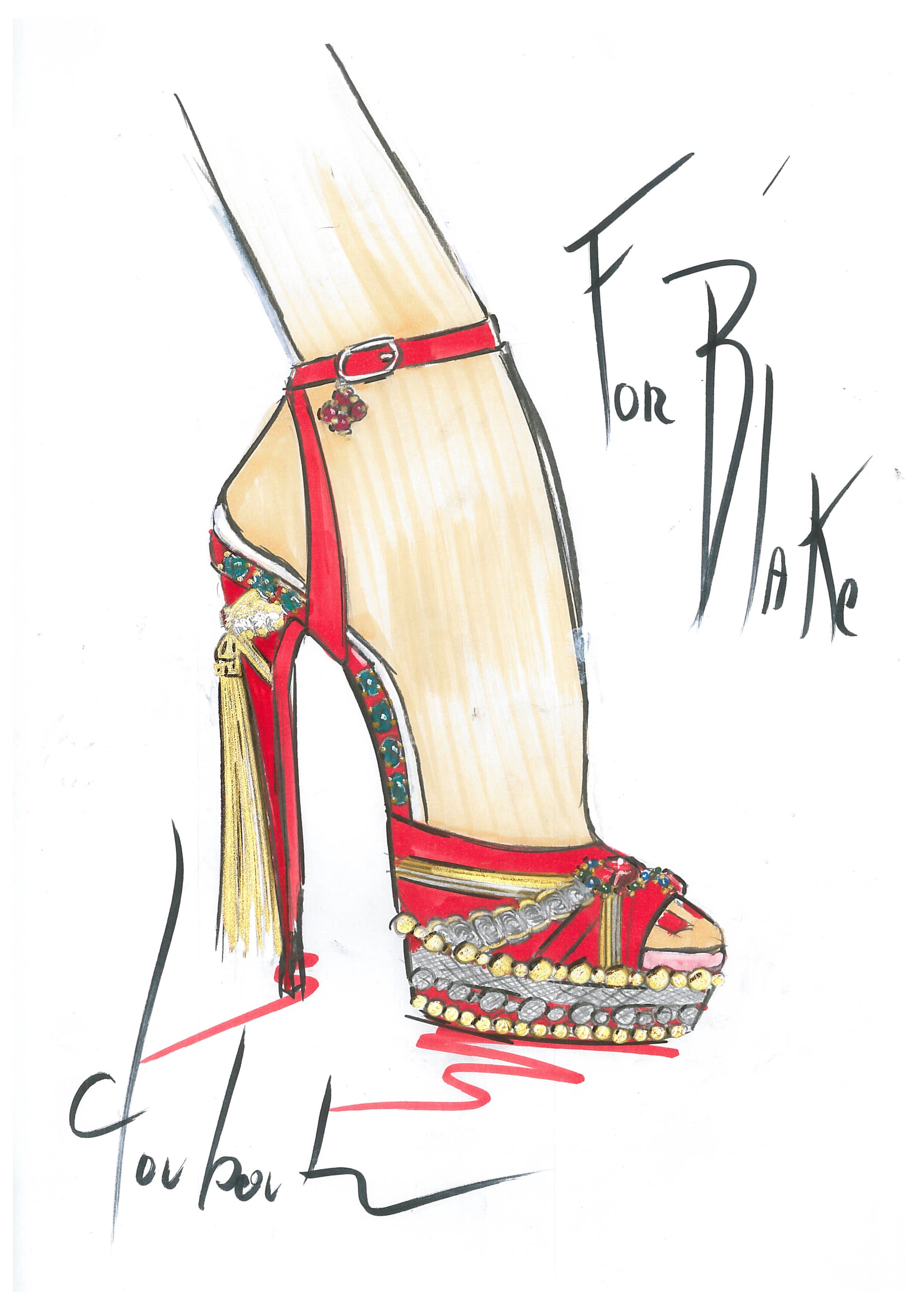