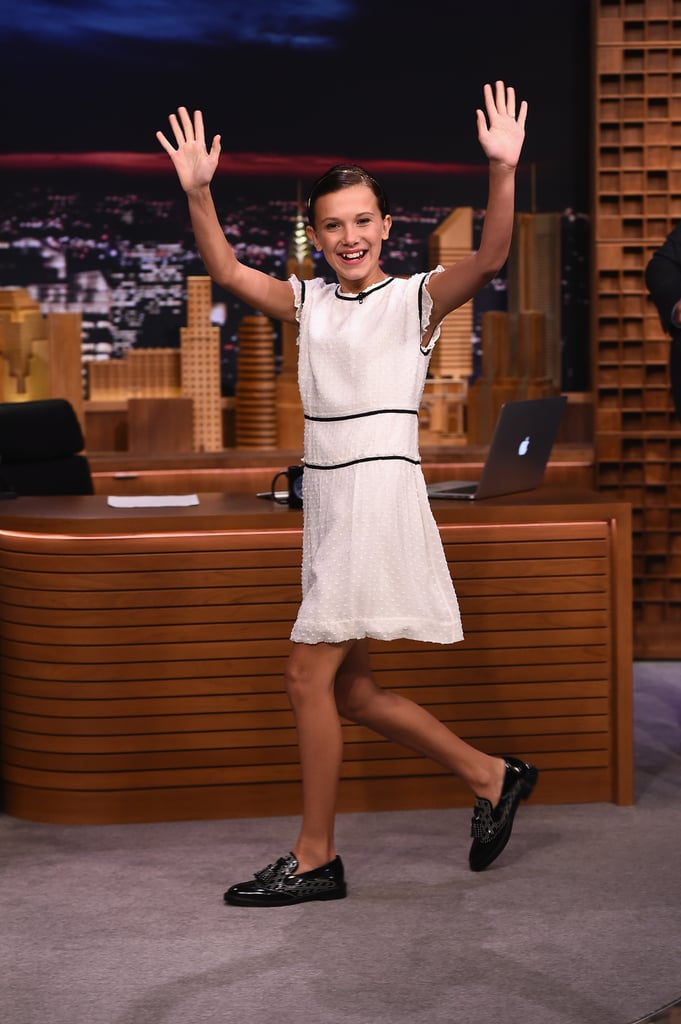 I knew it the moment I saw her walk onto the scene at Jimmy Fallon, decked out in a Burberry ensemble I wanted for myself: Millie Bobby Brown's about to take over the fashion world. Of course, it all started with her success on the new Netflix series Stranger Things. Millie proved she's got serious acting skills, and plenty of red carpet appearances followed.

She chose a tulle embroidered Red Valentino dress for the 2016 Emmys, a custom Armani number for the 2017 SAG Awards, and she's already sported the cool combination of a ballgown and sneakers. To add to her style résumé, the 12-year-old starred in a Calvin Klein campaign and signed with IMG models — the same agency that represents Gigi and Bella Hadid, Karlie Kloss, Ashley Graham, and Joan Smalls.

Though Millie won't grace the runway just yet, we predict it won't be long before you start seeing her in ads everywhere. After all, her love for clothes and accessories runs deep, and we've got all the proof you need. Read on to see why she's already making major waves in the industry and follow her to keep tabs on where she heads next — and of course, what she's wearing.