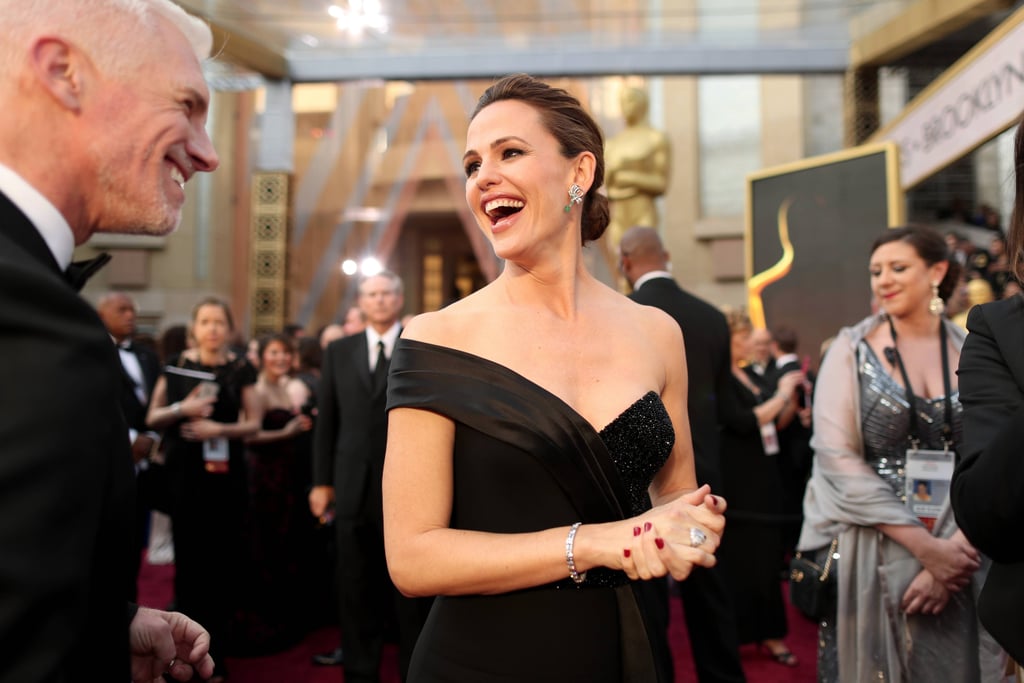 2016's Most Googled Oscars Dress Might Surprise You, but a Quick Look Proves It Shouldn't

It's been a while since the 2016 Oscars aired on television, but people can't seem to forget Jennifer Garner's red carpet dress. According to Google's Year in Search, the black Atelier Versace gown was the most searched for 2016, and looking back on it, we completely get why. The one-shoulder number billowed out behind Jennifer as she walked, hugging her silhouette just right, while the sweetheart-style neckline suited the star's soft disposition.

We thought we had crowned the winners of the 2016 Oscars red carpet already, but Jennifer has made us rethink our vote. Scroll on to see who else made the most Googled Oscars dress list and relive Jennifer's gown for yourself.