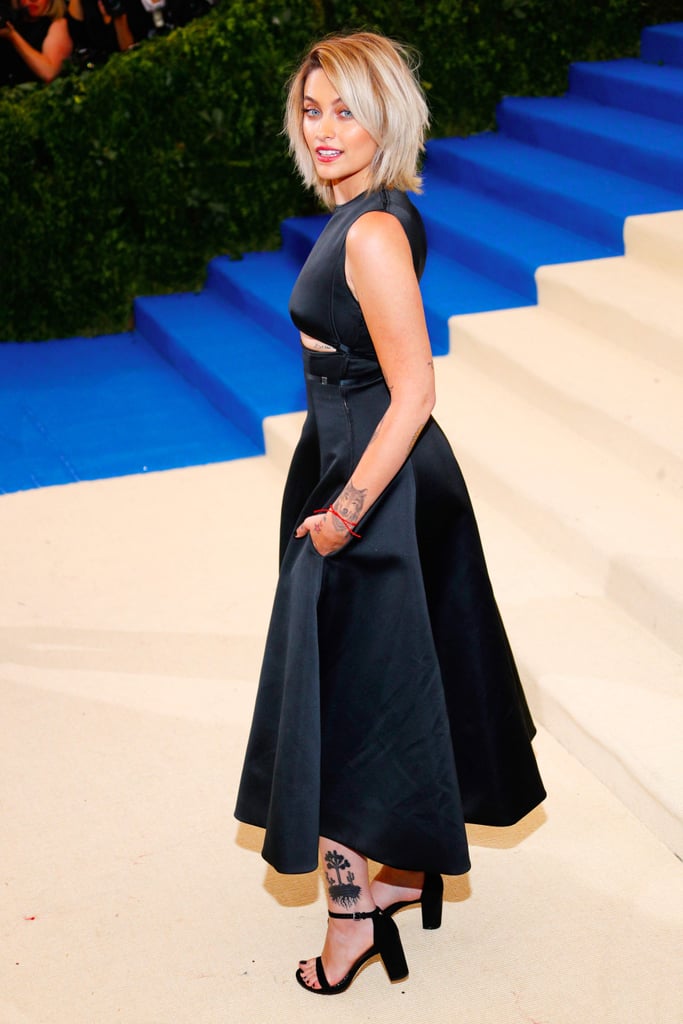 Paris Jackson arrived at the Met Gala with the Calvin Klein crew, including Gwyneth Paltrow, Julianne Moore, and of course Raf Simons. She was dressed in a Calvin Klein By Appointment dress, a sleek black midi belted with a slash at the midriff, and Tiffany & Co. jewels. Just a few days later, Page Six reports that 19-year-old Paris, who recently signed with IMG Models landed a seven figure contract with Calvin Klein.

It wouldn't be too far off, since Paris was also spotted hanging out with Millie Bobby Brown, the face of Raf's By Appointment campaign. We reached out to the brand for a statement and will update when we receive confirmation on the news. Until then, let's just admire Paris's Met Gala dress one last time from every angle.