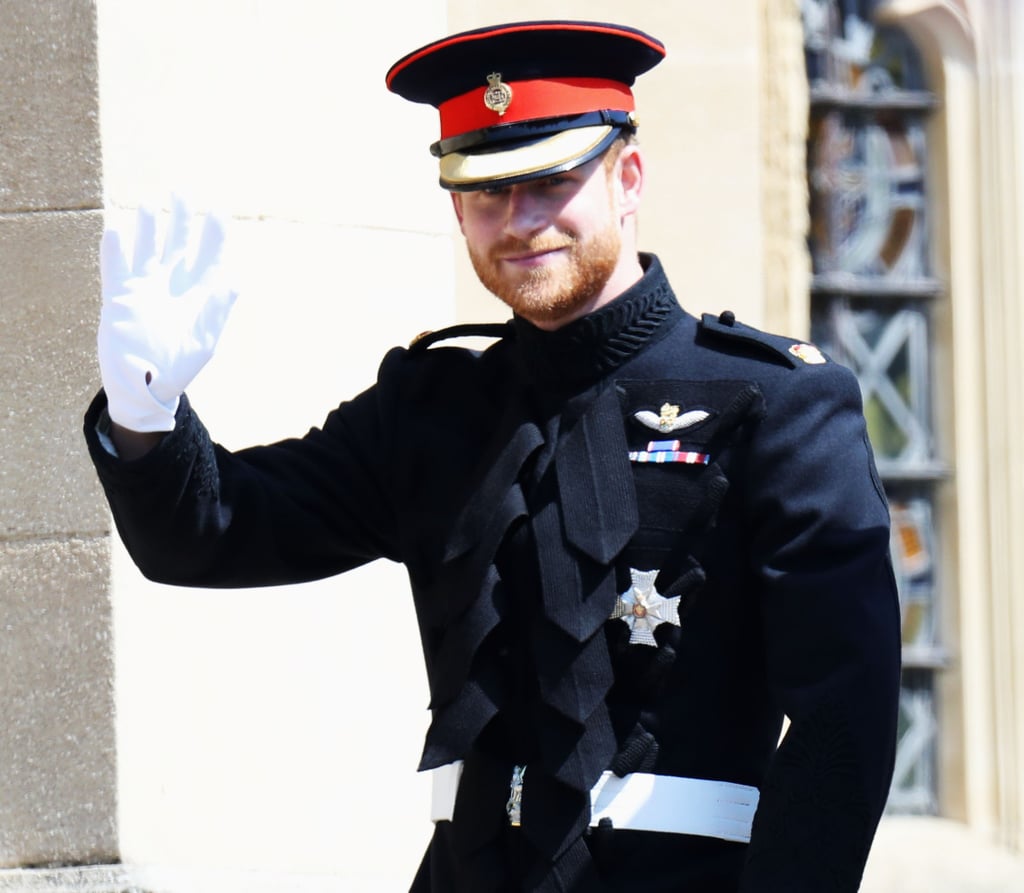 While You're Swooning Over Meghan's Gown, Don't Forget to Swoon Over Prince Harry's Uniform, Too

While you're probably busy poring over Meghan Markle's incredible wedding gown, it's important you don't forget the other important outfit from the day: Prince Harry's uniform! After receiving permission from the queen to marry in uniform, both Prince Harry and Prince William wore the frockcoat uniform of the Blues and Royals. Harry kept his relatively unadorned, with four medal ribbons: K.C.V.O, Afghanistan, the Queen's Golden Jubilee, and the Queen's Diamond Jubilee, along with his his pilot's wing badge. William wore different medals and the Garter star, as well as the queen's cyphers (EIIR) on his shoulder strap and a gold aiguillette on the right shoulder.

The matching uniforms were a slight contrast to William's 2011 royal wedding, when William wore the red jacket of the Irish Guards, which made him stand out against Harry's Blues and Royals officer's uniform. Take a look at both ahead, as we compare the two memorable moments.