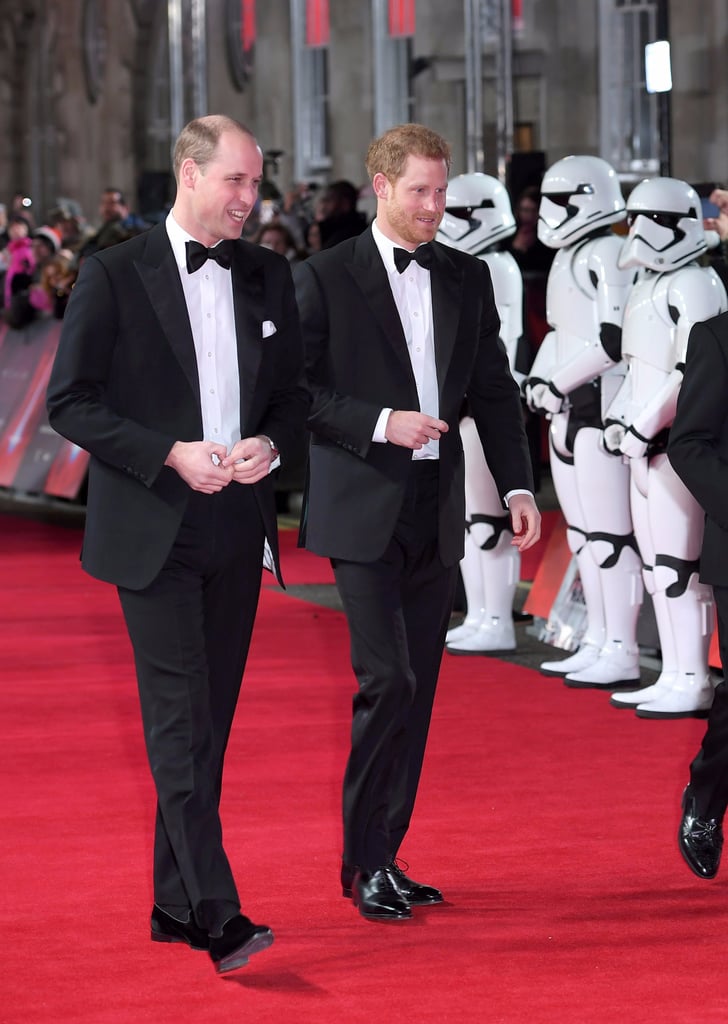 Kate Middleton isn't the only one who repeats her outfits — Prince William does it too. The royal broke out his go-to pair of suede loafers for the premiere of Star Wars: The Last Jedi while his brother Prince Harry stuck to a classic pair of black brogues. Though we have yet to identify who makes the loafers, Prince William has had them in his closet since 2013. He always wears them with a suit on the red carpet, which provides that extra stylish touch.

It seems a velvet loafer is the shoe most men turn to when they desire something different from a pair of good ol' oxfords. Stars like John Boyega and Eddie Redmayne have worn similar loafers to Prince William's, proving the men are all in sync when it comes to their footwear. Read on to see Prince William's go-to event shoe, then shop similar men's and women's styles ahead.