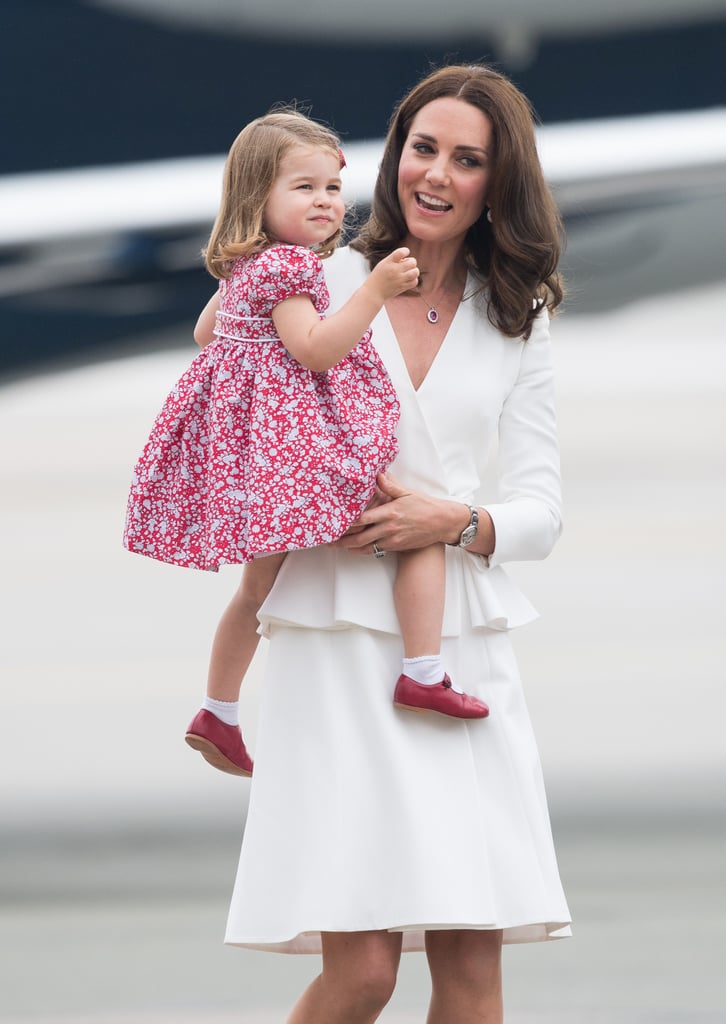 You'd expect Kate Middleton and Princess Charlotte to dress matchy-matchy at least once, but Princess Charlotte and Prince Harry? That would be completely unexpected. That's why you probably missed the moment when the two wore the same red Mary Jane flats (we almost did).

Back in 1986, Prince Harry posed with his family for a portrait and wore the tiniest pair of red buckle shoes to match his red shorts. Fast-forward 31 years later, and his niece was spotted in practically the same flats while arriving in Poland with Kate. Like her uncle, Princess Charlotte wore her Mary Janes with white socks and matched them to her red printed dress. We don't know if the two even realized this happened — it is years apart — but the fashion incident is too cute to ignore. Read on to have a look for yourself, then pick up similar shoes for the little one in your life.