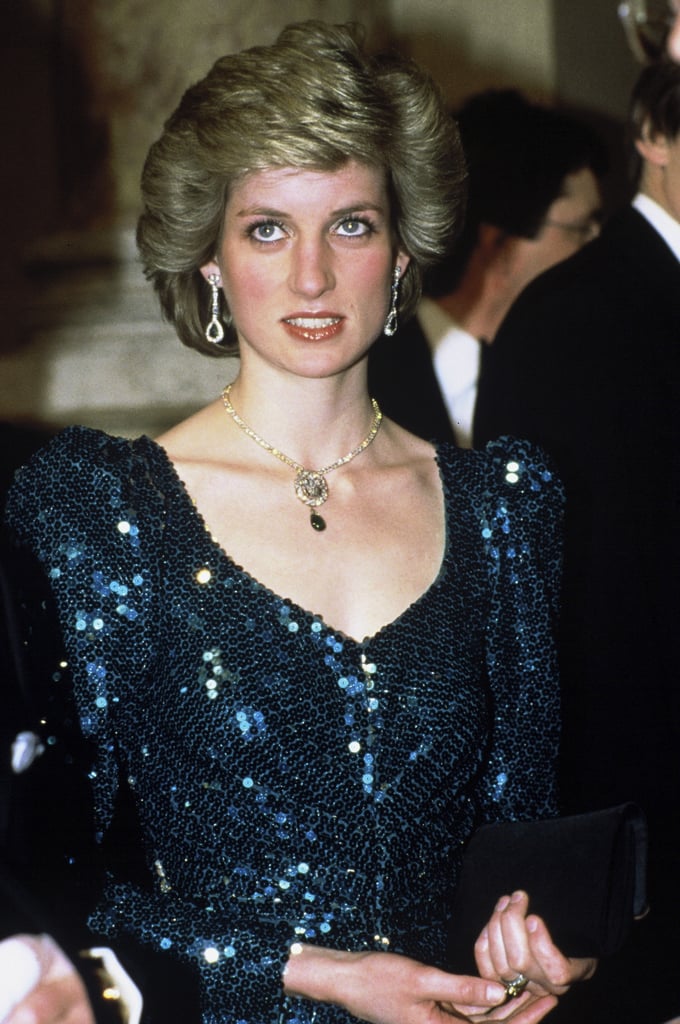 Interest in Princess Diana's life — and wardrobe — has hardly cooled in the nearly two decades since her death. Case in point: a green, sequined Catherine Walker dress that the Princess first wore during a 1986 visit to Austria is expected to fetch over $100,000 at an upcoming auction in the United Kingdom. The Telegraph featured a handful of pieces going under the hammer at Kerry Taylor Auctions in two weeks, including the green gown. Estimates for the piece's final sale price range from the very low $115 to a high of $144,000.

Catherine Walker, whose designs were a great favorite of Diana's, created the piece for the Princess to wear thirty years ago. According to the auction house, the dress has a unique provenance. It was part of a large order Diana placed in preparation for the Austria trip. Diana, trusting Catherine's good taste, didn't ask to see sketches; she trusted the designer would create beautiful pieces. And Catherine delivered.

For the evening in Vienna, Diana wore the dress with a diamond choker which had been given to her as a wedding gift by Charles's grandmother, Queen Elizabeth the Queen Mother. It would be the first of four times she wore the gown publicly. In 1987, she'd wear it to a charity performance of High Society and again in 1988 for the premiere of Biggles. In 1989, it was brought out a fourth time for a ball at Osterley House.

Though Catherine has passed away, her company lives on; in fact, Kate Middleton is now a fan of the label and recent wore a green coat-dress to an engagement in London.