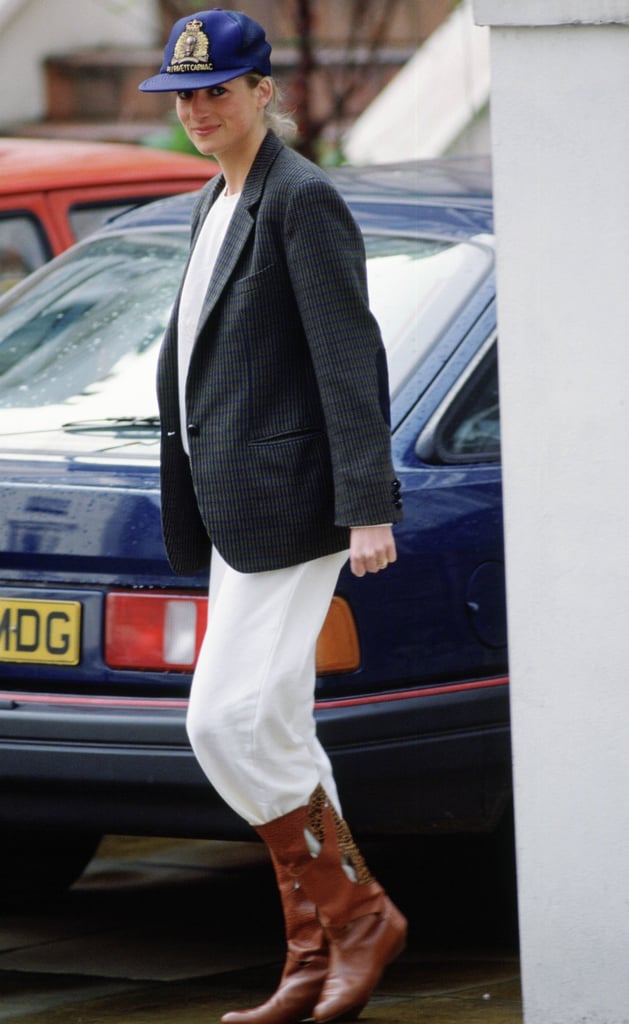 Like most royals, Princess Diana's footwear collection was never limited to just one style. She had a mix of heels, flats, and boots at her disposal to match her many outfits. In fact, before Jimmy Choo became synonymous with Sex and the City, it was the royal herself who brought the spotlight to the brand. She tapped the designer to create heels for special occasions, including the famous slingbacks she wore in 1997.

As fancy as her Jimmy Choos were, Princess Diana also owned some casual options, from her Superga sneakers to her white loafers. The royal had a well-rounded shoe closet, so take a look at the six pairs she kept in rotation, then shop similar styles ahead.