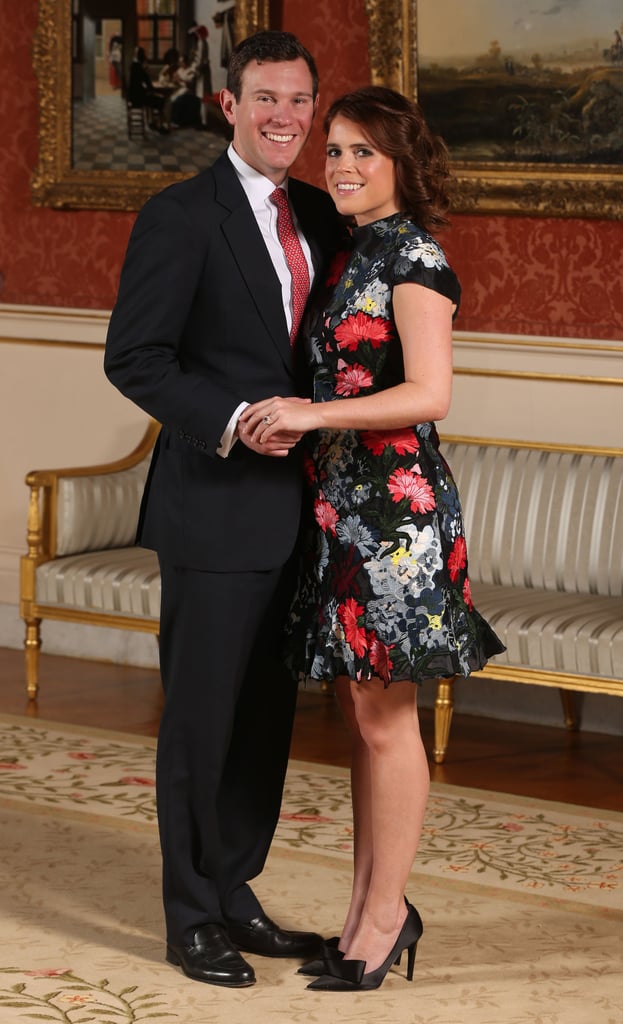 Now that wedding preparations are officially underway for Princess Eugenie and her fiancé, wine merchant Jack Brooksbank, everyone's turned his or her attention to the bride-to-be's dress and potential guest list. But if there's one thing we're even more excited about, it's the tiara that Eugenie will get to wear on her big day. After all, it wouldn't be a royal wedding without a pretty headpiece, and after having seen Eugenie's sparkly engagement ring, we can't wait to see what royal jewels she's going to pair it with.

While very few details have emerged about their nuptials, it's rumored that Eugenie will follow in her mother's footsteps and wear the York tiara, which Sarah Ferguson first wore when she married Prince Andrew in 1986. Although it's never been confirmed, the diamond-studded piece is believed to have been a wedding gift from the Queen and Prince Philip, and Sarah went on to wear it on a number of occasions, including during a royal tour of Australia and the White Tie and Tiara ball organized by Elton John. Read on to get a closer look at the York tiara, then take a peek at all the other royal jewels Eugenie could potentially choose for her walk down the aisle.