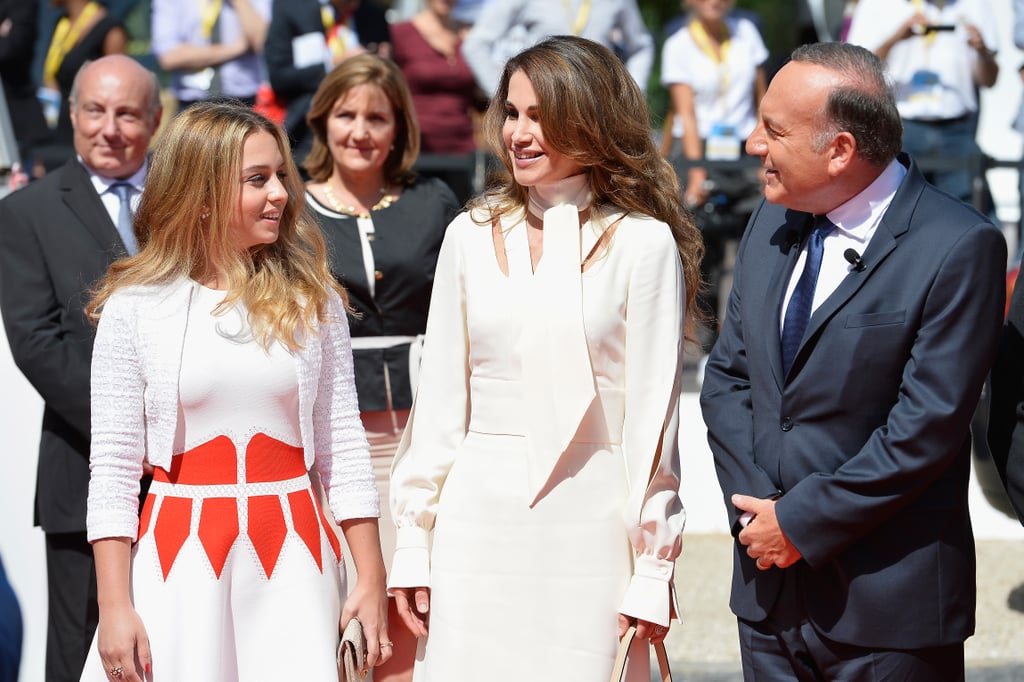 Princess Iman Abdullah is only just starting to embrace the spotlight. The 19-year-old Jordanian princess and daughter of the always-stylish Queen Rania has been attending events with her family from a young age, but now that she's developed a taste for fashion — bold prints, caged heels, and embellished evening gowns not to be missed — we expect she'll start giving her mama a run for her money.

Queen Rania has made a flash with her standout designer pieces, including a fringed Balmain skirt and cherry-red Louis Vuitton bag, but Princess Iman has staples in her closet that'll make you look twice. Read on to see them all, and keep your eyes peeled for Iman's next outing. From her impressive athletic achievements to her schooling at Georgetown University, this mini royal's got a bright future and looks that fit the bill.