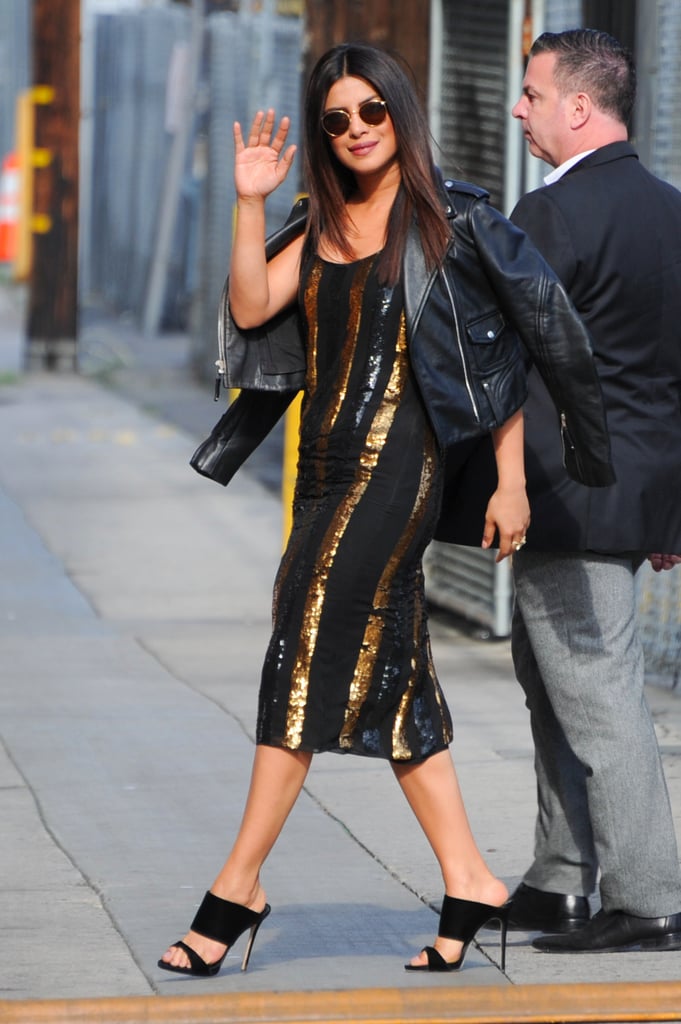 Priyanka Chopra knows how to make an entrance. She arrived to Jimmy Kimmel Live! in a black-and-gold sequined dress by Sally LaPointe, looking ready to party. The star chatted about her new movie >Baywatch, and also shared a surprising tidbit about her Met Gala look, which she attended just last week. Priyanka revealed that her dress's train (a Ralph Lauren creation) was so long — 20 feet to be exact — she had to take a bus to get to the event! The gown was one of the most-talked about of the night and even inspired memes.

If you also wondered how Priyanka detached that train for the afterparty, she had a simple explanation. The actress shared that she wore a mini dress underneath her extravagant ensemble. Read on to see what the star wore to the late-night talk show, then reminisce over her Met Gala dress.