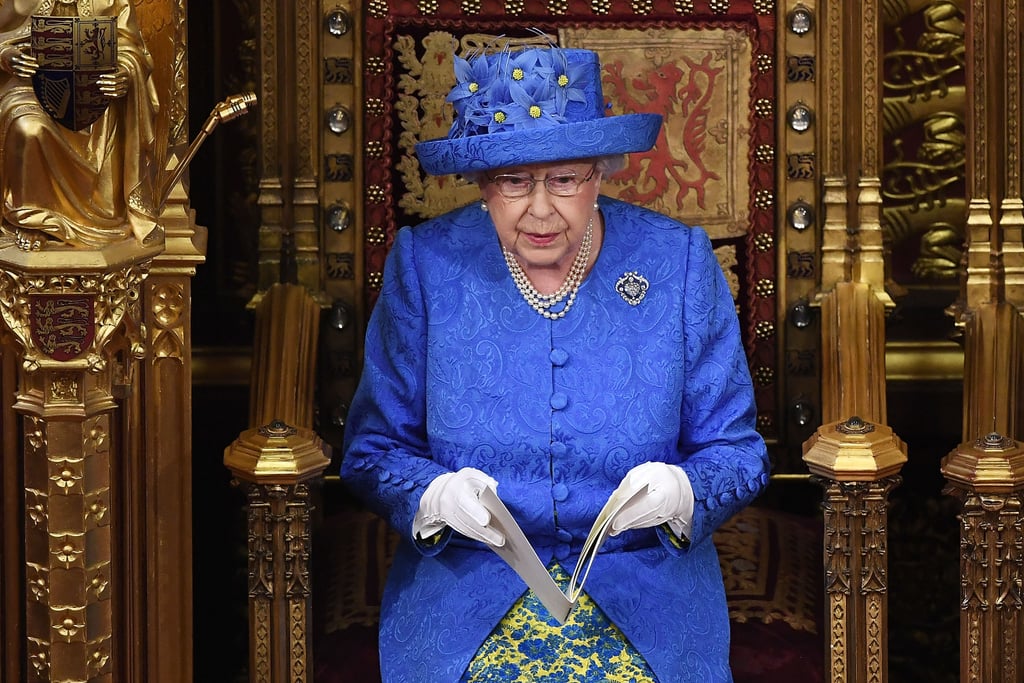 Queen Elizabeth II may have taken a subtle stance on the controversial Brexit ruling using quite the unexpected accessory — and the internet definitely noticed. On June 21, the queen attended the annual State Opening of Parliament alongside Prince Charles while wearing a hat that seems to resemble the European Union flag.

In previous years, the queen would typically wear a gown and full regalia to the formal event. Interestingly, the event was originally scheduled to take place on June 19, however, it had to be rescheduled because Prime Minister Theresa May was reportedly scrambling to finalize Brexit negotiations following the nation's general election. As a result, the queen decided to host a more informal version of the State Opening and decided against wearing the traditional Robes of State, according to The Telegraph.

Here's where the symbolic hat comes into play. The queen knew her decision to wear a hat to the ceremony — instead of the crown — would be an important one considering that it was the first time in 43 years that it's been done! So what did she choose? A blue hat with yellow flowers arranged in a circular pattern that looks not unlike the very flag that symbolizes unity within Europe. Though it is highly likely that the queen will never confirm nor deny, it's a subtle power move we're certainly enjoying.