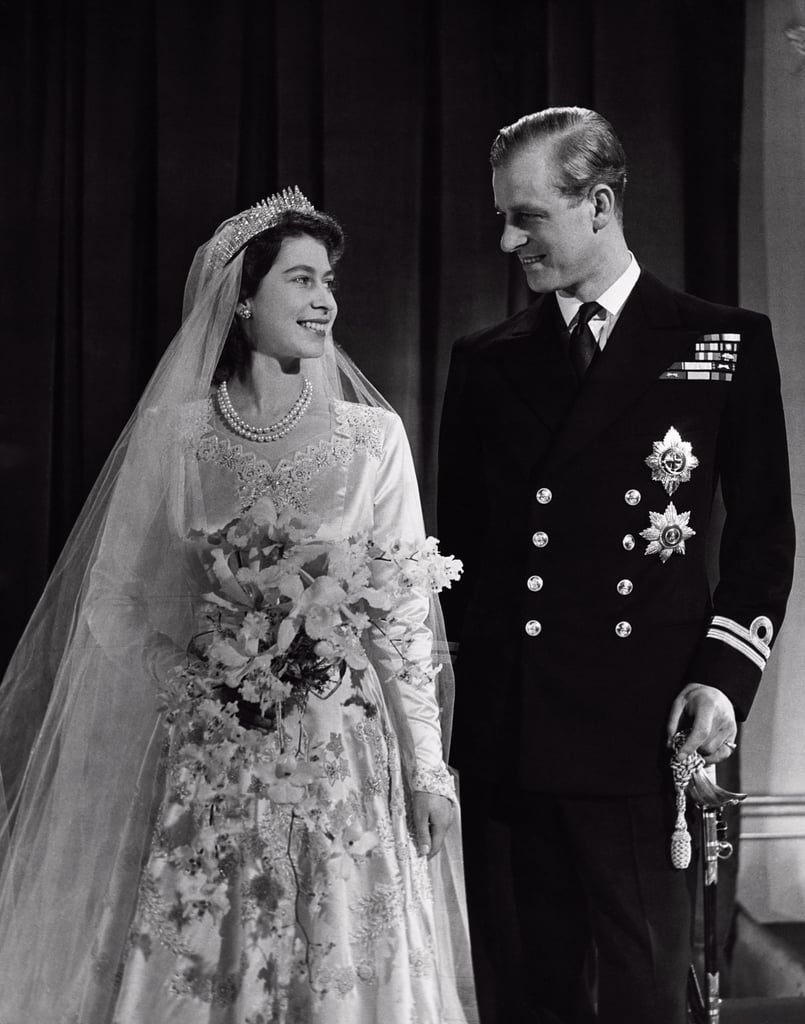 Now that Netflix's The Crown has debuted its second season and there is so much buzz surrounding the throne (Prince Harry and Meghan Markle did just get engaged after all), facts are surfacing about the royal family, including this notable one concerning Queen Elizabeth II's wedding day. When she was getting ready to walk down the aisle, the last thing on Elizabeth's mind was probably the fact that there would be a mishap with the most important accessory she was wearing. The British royal was set to wear her grandmother's diamond-encrusted Queen Mary Fringe Tiara, which was originally made in 1919. But suddenly, it broke.

"The Fringe Tiara was given to Queen Elizabeth on her wedding day, and the hairdresser broke it. On that day, they had it police escorted to the House of Garrard workshops. We fixed the tiara that morning, had it sent back to Queen Elizabeth, and then she got married in it," House of Garrard, the royals' jeweler, told Marie Claire. "You don't expect the royals to have those sorts of mix-ups, but they do!" What a save from one of the world's oldest jewelers! We can only imagine how Queen Elizabeth II felt in that moment, but she still looked beautiful and rocked the tiara like only a queen could.