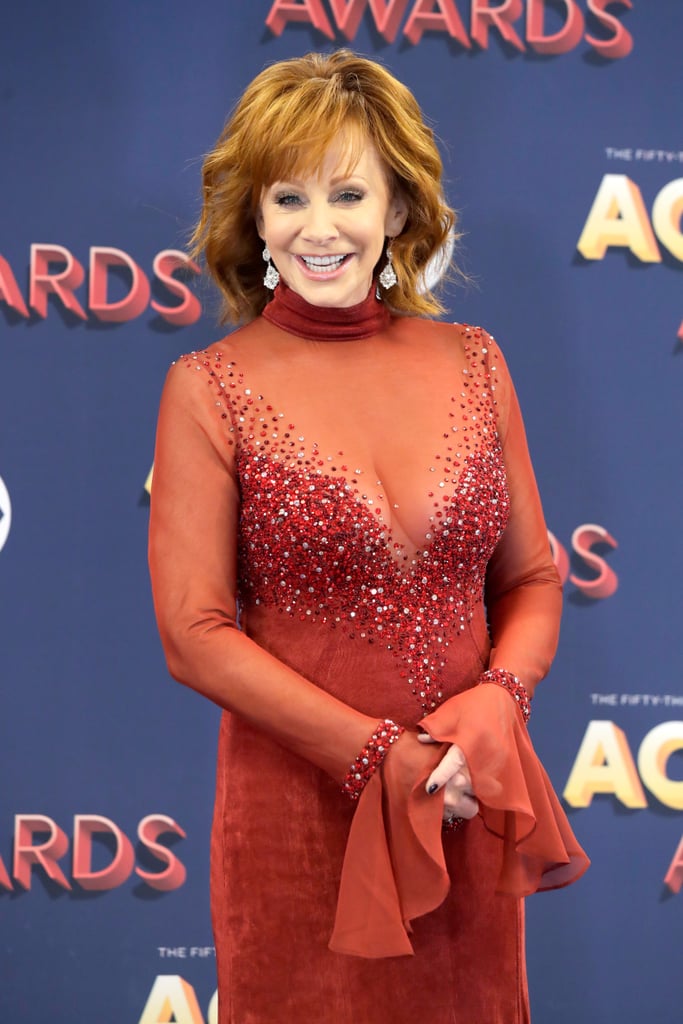 It was Reba McEntire's fifteenth time hosting the ACM Awards, but she didn't just do it with nine outfit changes and an incredible performance — she did it with a tribute to her past. On Sunday night, the 63-year-old singer proved her timelessness in the country music industry with her final outfit change. During her performance with daughter-in-law Kelly Clarkson, Reba changed into a sheer red dress, the exact one she wore at the 1993 Country Music Awards, to sing "Does He Love You."

"I really liked the red dress from the '90s," Reba told People. "It was like seeing an old friend again. When Sandi Spika made that dress for me, I felt like Cinderella. I wore it to the CMA Awards 25 years ago when singing 'Does He Love You' with Linda Davis." And after all those years, the dress looks just as good — especially coordinated with a pair of fluffy slippers for the red carpet! Read on to see Reba's 1993 performance in the red dress, as well as photos from the award show.

Related:
26 Snaps From the ACM Awards That Will Make You Wish Your Invite Didn't Get Lost in the Mail
Previous Next Start Slideshow
Join the conversation
Celebrity FashionReba McEntireSlippersACM AwardsDressesFashion NewsRed CarpetNostalgiaAward Season
Latest Fashion