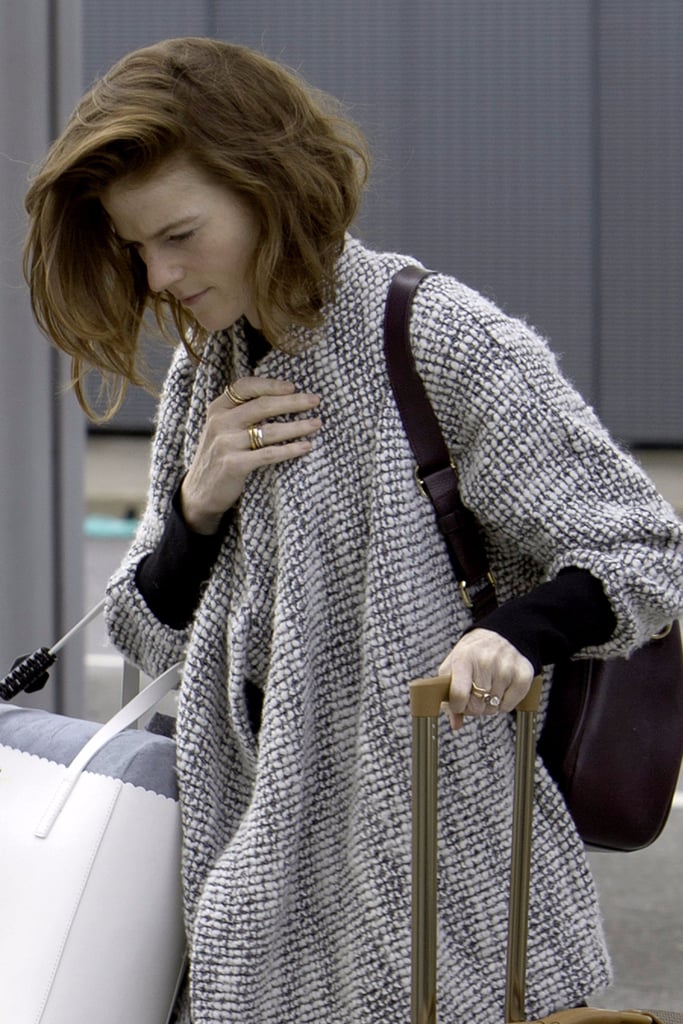 Rose Leslie and Kit Harington's love story is one for the books. The actress actually met her fiancé while playing Kit's love interest on the hit HBO show Game of Thrones. The couple even revealed their marriage news in the most adorable way ever: by placing an engagement announcement in The Times of London newspaper.

Whether you're a Game of Thrones fan or not, one thing we can all agree on is that Rose's engagement ring is an absolute stunner. The actress was seen leaving Heathrow airport wearing a round-cut diamond ring that featured a simple gold band. Keep reading to have a closer look at the beautiful engagement ring.