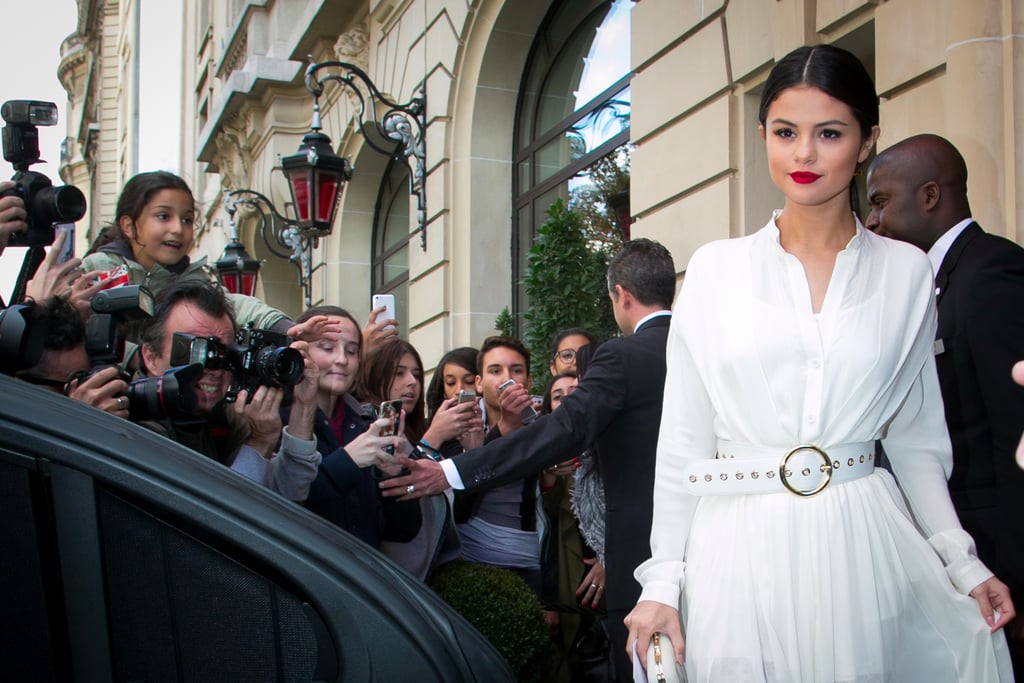 As far as fashion is concerned, celebrities don't typically switch up their style from season to season. You see, when door-to-door service is available, baring your legs or tummy in a crop top (yes, even in the snow) becomes more manageable. But that's not how Selena Gomez operates — no sir. When we browsed through her most notable Fall outfits, we quickly identified the star's most trustworthy trick.

From late August to early December, Selena doesn't leave the building without either toting a coat, wearing one on her shoulders, or slipping into a long-sleeved sweater. Even when her hemline's short, Selena's either in tights or a cozy knit. Really, this is the most sensible — not to mention healthy — way to dress for the season. And since we're sure you'll be inspired by Selena's layers, we shopped out similar versions of her most practical pieces. Read on to take a look.