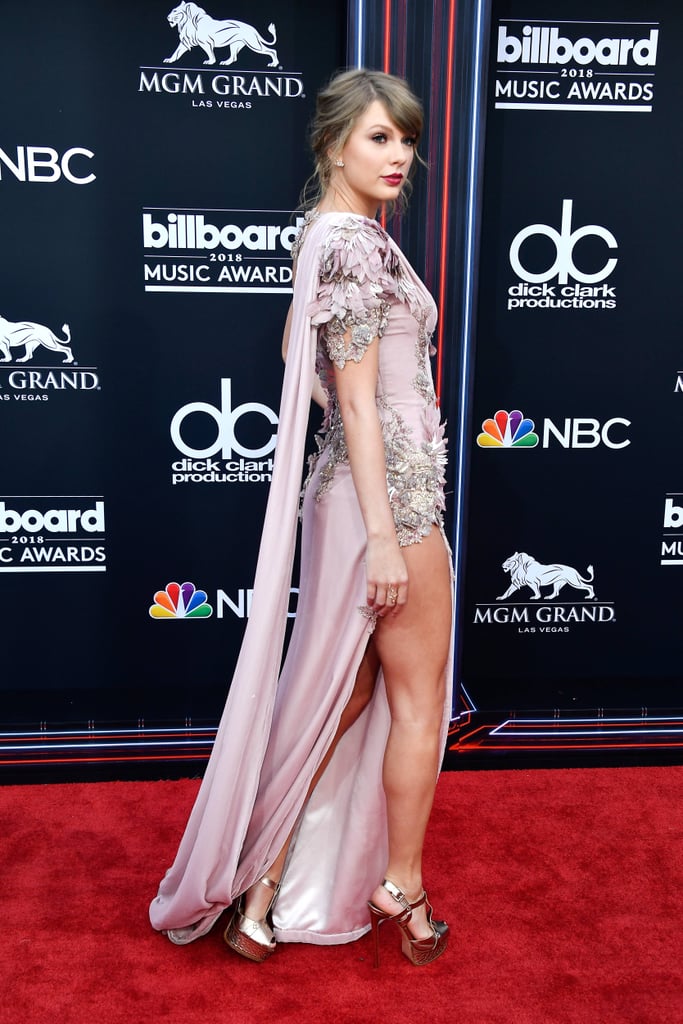 Taylor Swift took a pause from her Reputation tour to hit up the Billboard Music Awards. The star strutted into the party in Atelier Versace, this marking her first red carpet appearance in two years. While Taylor's known for her leggy looks, this rose-colored gown, which featured regal helpings of feathers and beads and a long, floor-trailing cape, was something else.

Taylor's slit was so high that our jaws dropped to the floor as the singer stepped with such confidence — especially considering the insane platform on her metallic heels, etched with snake-like detail. Taylor's snake ring completed the story, and she finished her outfit with Hueb earrings. Read on for an all angles view, then zoom in on her shoes and shop for similar selects if you're all about that daring height.