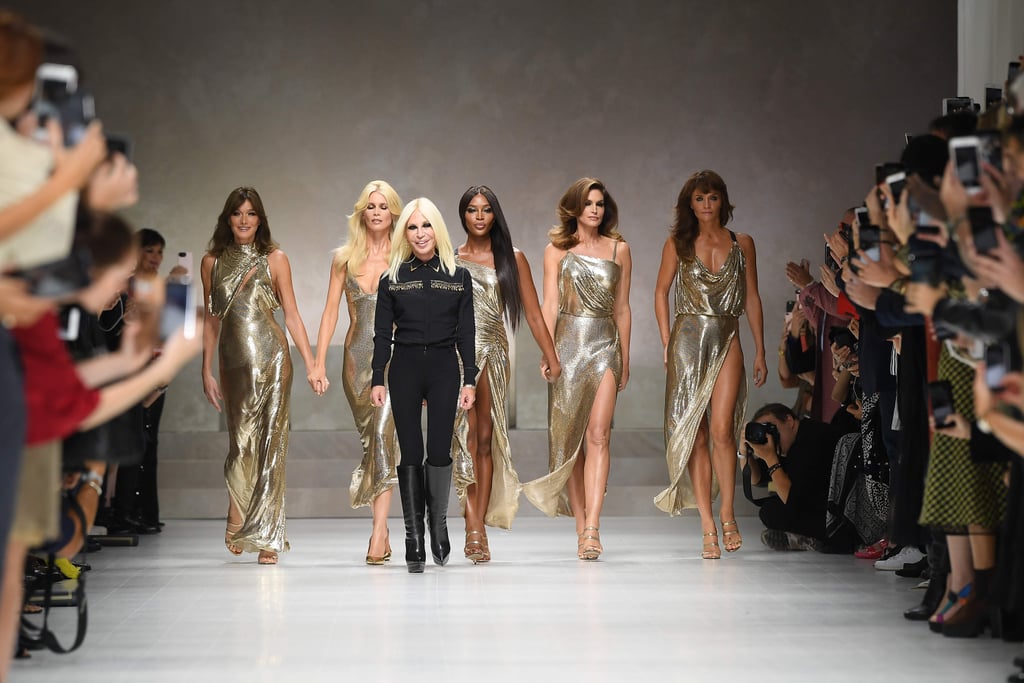 Versace is the latest brand to take a defiant stance against fur. After decades of using fur in the brand's over-the-top designs — and receiving criticism for doing so — Donatella Versace just recently revealed that will no longer be the case. "Fur? I am out of that," the designer told The Economist. "I don't want to kill animals to make fashion. It doesn't feel right."

The decision means Versace will join several other luxury brands that have enacted fur-free policies, including Gucci, Tom Ford, Stella McCartney, and more. Apart from the obvious moral dilemma at play, the choice also seems to be a wise one for publicity. During the most recent Men's Fashion Week in Milan, Dsquared2 was the target of some backlash after debuting a new fur coat on the runway, modeled by Kendall Jenner.

While the Versace news is surprising given the brand's use of fur throughout history — demonstrated by the runway looks ahead — it makes sense in that it's part of a larger and long-overdue shift in the industry.