Everyone's talking about the moment the original supermodels (Naomi Campbell, Helena Christensen, Claudia Schiffer, Carla Bruni and Cindy Crawford) took to the Versace runway this past weekend. But while the OGs appeared at the end of the show with Donatella Versace, to honor her late designer brother Gianni on the 20th anniversary of his death, it was clear the way had been paved for the next generation.

"This collection is a Tribute to the life and works of Gianni. We pay homage to not only his artistic genius but to who he was as a man, and above all, as my brother," Donatella said in a statement.

"Gianni was an exceptional person for how he celebrated each day as though it were extraordinary and for how he always approached life with a smile on his lips. Each year Gianni lived, he lived to its fullest: throughout his career, he created collections that to this day are considered a cultural point of reference and inspiration to many.

"It would be impossible to commemorate Gianni's entire world in a single collection, therefore, I have decided to honor his legacy with his beloved prints and dazzling metal mesh. This collection is for you, Gianni." 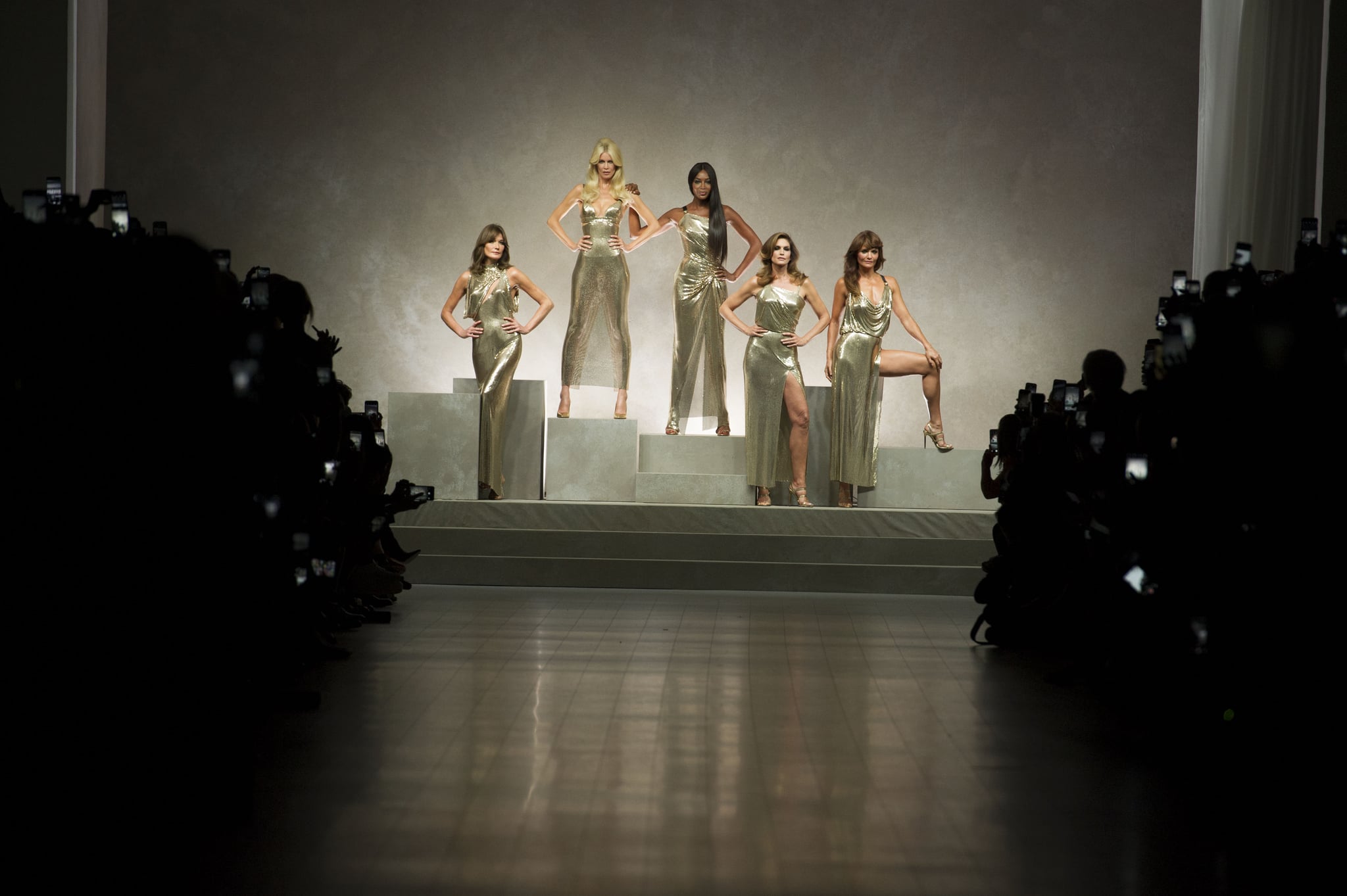