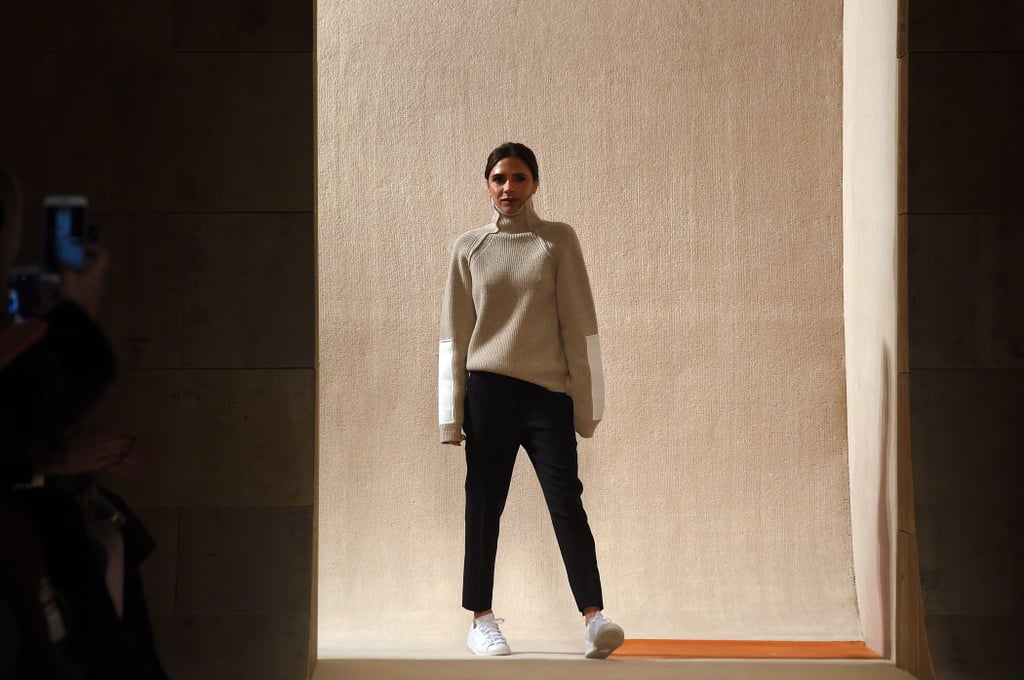 At one point in time, Victoria Beckham was known for her extreme dedication to high heels. This is the woman who in 2008 told the UK's GMTV, "I just can't concentrate in flats."

Oh, how times have changed. Now, Victoria has wholeheartedly embraced the flat shoe. She's so into the style that she's taken to wearing sneakers when she isn't, say, leaving a SoulCycle class. She raised a few eyebrows — and impressed some people — when she took her bow at her New York Fashion Week show wearing. . . every fashion girl's favorite sneaker, the Adidas Stan Smith.

Beyond Victoria loving the look and the comfort of the beloved Stan Smith, it's also a good brand alignment; her husband, David Beckham, has been a rep for the brand for a number of years. It turns out she's loved her Stan Smiths for a few months, and shared an Instagram photo of herself wearing a pair next to her son Brooklyn last Fall.

But speaking of David, he's said before publicly that he loves when Victoria wears jeans and sneakers. The message was heard loud and clear — even the models in the Victoria Beckham Fall 2016 show wore flats.