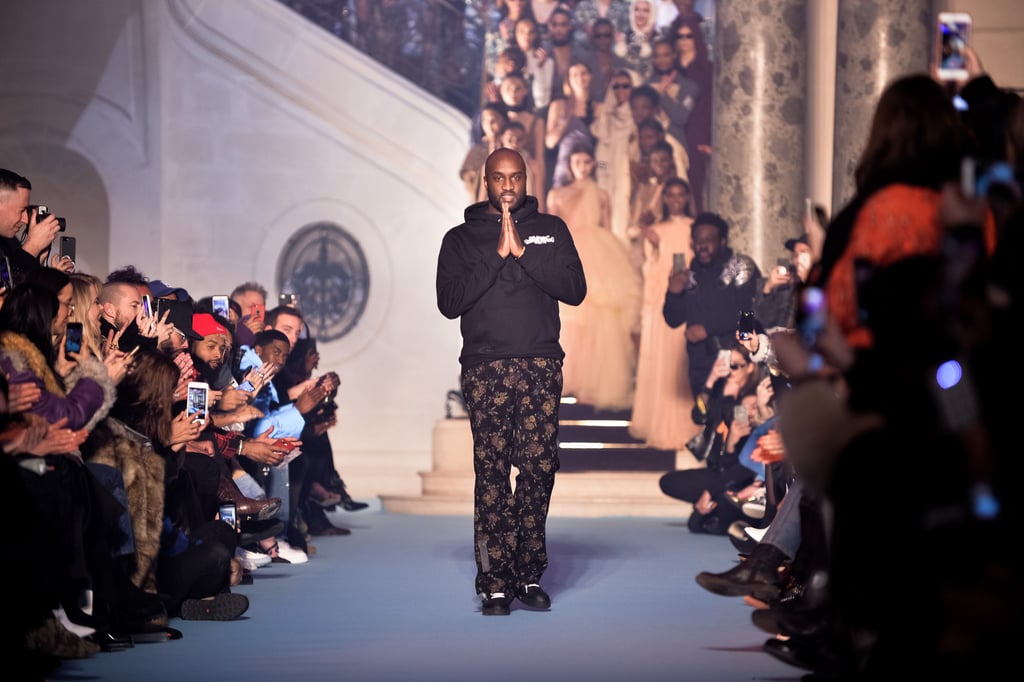 Breaking News: SO Many More Models Are About to Be Wearing Louis Vuitton

He is already a world-renowned DJ, creative director to Kanye West, and designer and founder of his own brand, Off-White, but Virgil Abloh is adding another job to his ever-growing résumé. Louis Vuitton just announced that the celeb-beloved designer will become the French luxury house's new artistic director of menswear. Virgil will be the brand's first black artistic director and will succeed designer Kim Jones, who left the brand earlier this year to become creative director of Dior Homme.

Virgil made a name for himself in the industry after making streetwear not only high fashion but also red carpet appropriate. The designer is also known for releasing several megahyped collaborations with brands such as Jimmy Choo, Ikea, Nike, and Levi's. So we can only assume he will continue to create killer collabs once he assumes his new role — especially following the success of Louis Vuitton's capsule collection with streetwear label Supreme.

As Kanye's longtime creative director, Virgil first found a fan base with the Kardashian-Jenner clan, and once he launched Off-White in 2013, his celeb following really took off. Bella Hadid, Camila Cabello, Hailey Baldwin, and Nicole Kidman have all rocked his designs on and off the red carpet. But now that he will be designing menswear, we can't wait to see which male celebs will join his legion of fans. While we will have to wait until June to see what he has in store for his first Louis Vuitton collection, read through to take a look back at how some of our favorite stars wore Virgil's best creations.