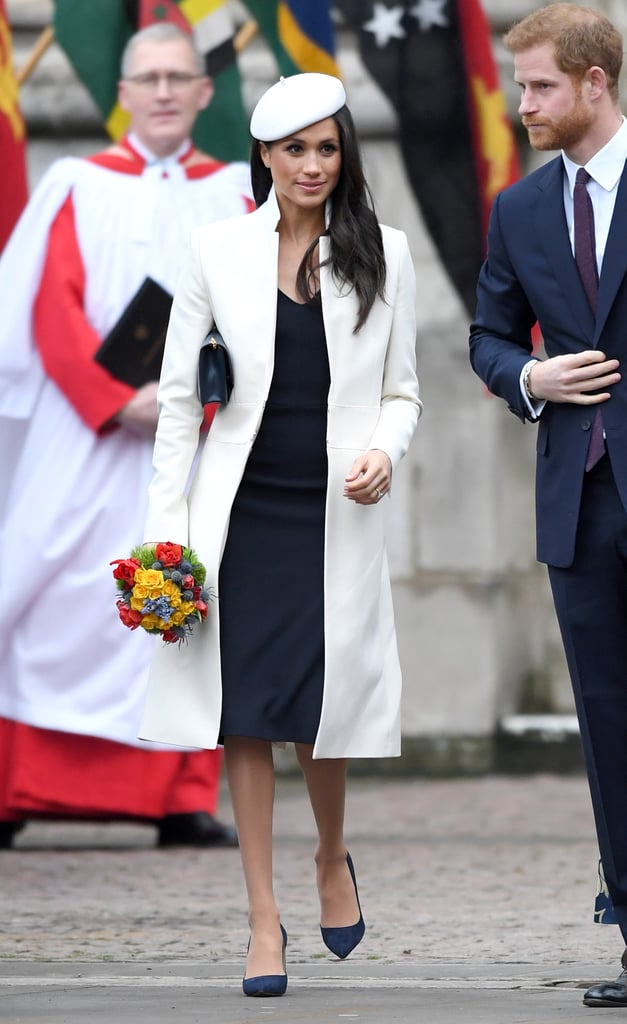 First came the sheer, embroidered, $78,000 Ralph & Russo gown Meghan Markle wore for her engagement photos, then her ever-impressive coat collection, and who could forget her iconic Philip Treacy London embellished headpiece from Christmas Day?! While the future British royal has wowed us with each and every outfit she steps out in, we can only wonder who's footing the bill for these expensive items. And now, it appears we may have our answer.

According to People, both Meghan and Prince Harry are paying for her impressive wardrobe themselves, but when the couple say "I do" on May 19, that will all change. Meghan's clothing for official royal outings will be paid for by the allowance that Prince Charles gives to Prince William, Kate Middleton, and Harry from his income, totaling around $28 million.

People also reports that Meghan's impressive wardrobe is paid for out of their own pockets and that royals do not accept designer clothes for free. For Kate, her assistant will "call in several options from designers. After they have chosen an outfit, the others are returned and the one that is worn is paid for," and it's believed Meghan will have the same process after her wedding.

Read on to see some of Meghan's most impressive looks. Then, gush over her street style that she's been wowing us with since 2013.