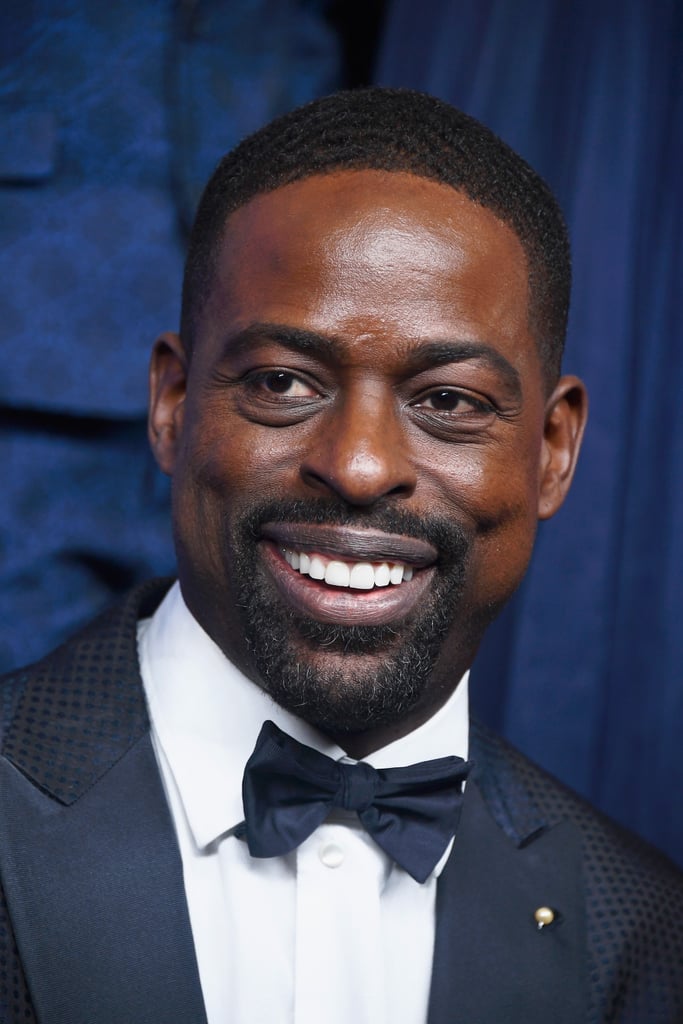 The past few months have started an important conversation about sexual harassment and assault in Hollywood. Since the launch of the Time's Up initiative on Jan. 1, celebrities have showed their support in different ways, from wearing black and swapping spouses for activists on the Golden Globes red carpet, to sporting pins at the SAG Awards and affixing white roses to their outfits at the Grammys. But that's not all.

As noted by HelloGiggles, some men have started wearing vintage pearl pins on the red carpet. Created by the Pinned by Pearls organization, they are a discreet yet powerful way to show support for projects created by and starring women — and by wearing them, celebrities like Tom Hanks and Sterling K. Brown have made a simple pledge: "I am actively looking for projects directed, produced, written by, and starring women, as well as other marginalized voices. I believe our industry culture will only heal when there are new, diverse voices in power. I wear this pin because I don't want to stand by; I want to stand up for change."

According to Pinned by Pearls, the hat pin was chosen as a symbol "because of its historical connection to women's suffrage and empowerment." While they were part of their outfits, the pointy pins were also used as defensive weapons, before being outlawed in many American cities in the early 1900s. The pearls represent "how something beautiful can form from a single grain of sand," meaning that this gesture could be the first step towards an important culture shift. The organization's website explains that the vintage pins were chosen "both for their symbolism and their sustainability. By connecting to history, we want to honor the long-fought battle for equality in this country. In finding a new use for old objects, we aim for a small environmental footprint, and to shed light on the unrecognized tools all around us."

While it's important to note that Pinned by Pearls isn't affiliated with the Time's Up movement, it's great to see that some men are taking another step in the right direction — and we hope to see plenty more pearl pins on the upcoming red carpets. Ahead, see who's already made the pledge.