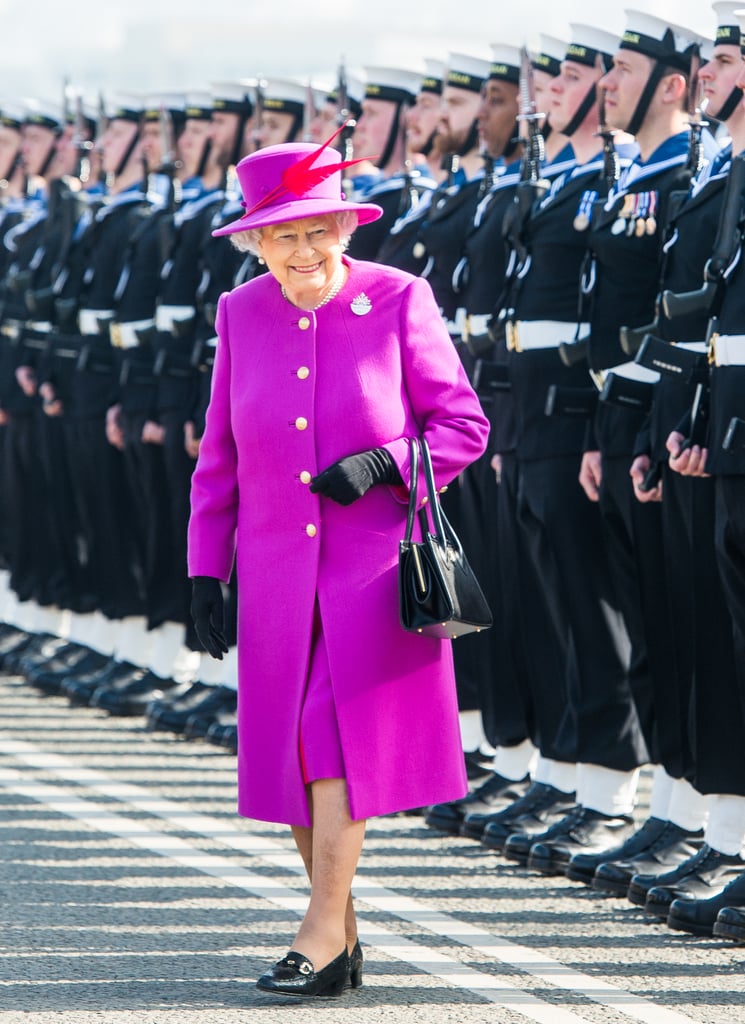 Queen Elizabeth II has always been known for wearing bold colors, but this love of rainbow shades isn't just a personal preference. There's actually a very practical, and quite touching, reason the woman Prince Harry calls his "boss" wears shades of fuchsia, lemon, and royal blue for royal engagements. According to her daughter-in-law Sophie, Countess of Wessex, the queen sports the bright hues to ensure that members of the public stand a chance of seeing her through the crowds. "She needs to stand out for people to be able to say 'I saw the queen'," Sophie explained in the documentary The Queen at 90. "Don't forget that when she turns up somewhere, the crowds are two, three, four, 10, 15 deep, and someone wants to be able to say they saw a bit of the queen's hat as she went past." If she wore muted colors, like everyone around her, people would stand less of a chance of spotting her from afar. See some perfect examples of when she's stood out from the crowd in our gallery, then get a crash course in what all those royal facial expressions mean.