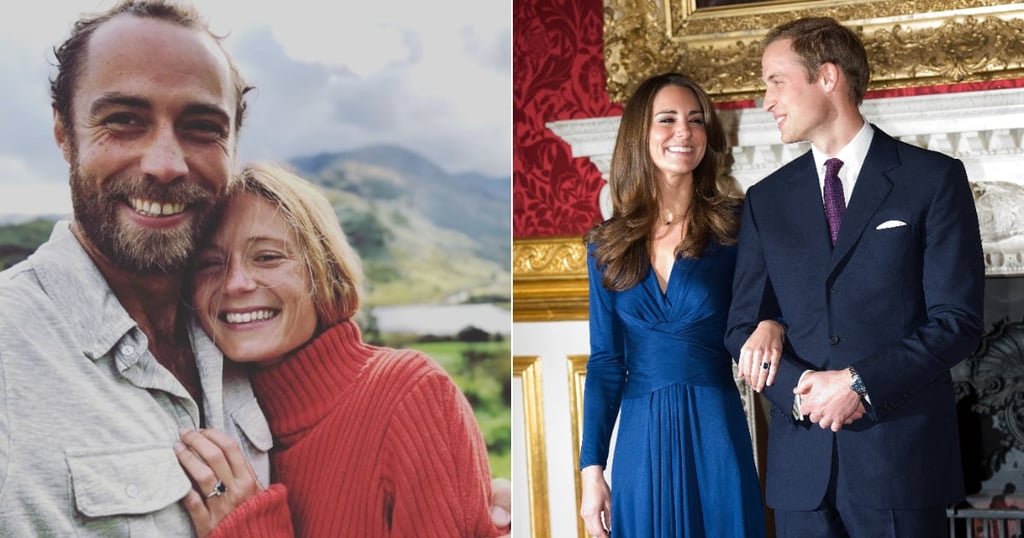 James Middleton is engaged! Kate Middleton's brother proposed to his now-fiancé, Alizee Thevenet, confirming the engagement on his Instagram feed over the weekend.

James posted a sweet photo of the couple on his account, captioned "❤️She said OUI ❤️ Our secret is out but we couldn't be happier to share the news 🥂🍾 #jalizee 🇬🇧🇫🇷." The pair have been dating since 2018, and Alizee has attended a number of public events with James this year, including Lady Gabriella Windsor's wedding — wearing an H&M dress, no less.

When we first saw the snap, after melting over the couple's huge smiles, we immediately took notice of Alizee's engagement ring. It has a striking resemblance to James' sister Kate's engagement ring, which used to belong to Princess Diana. Similar to the Duchess's, Alizee's ring features a sapphire stone surrounded by diamonds. The most notable difference, however — other than the size and royal history of Kate's ring — is that Alizee's appears to be a cushion or princess cut, as opposed to Kate's oval shape.

We wonder whether James took inspiration from his sister when choosing the ring? Either way, it's beautiful and we wish the happy couple many congratulations.