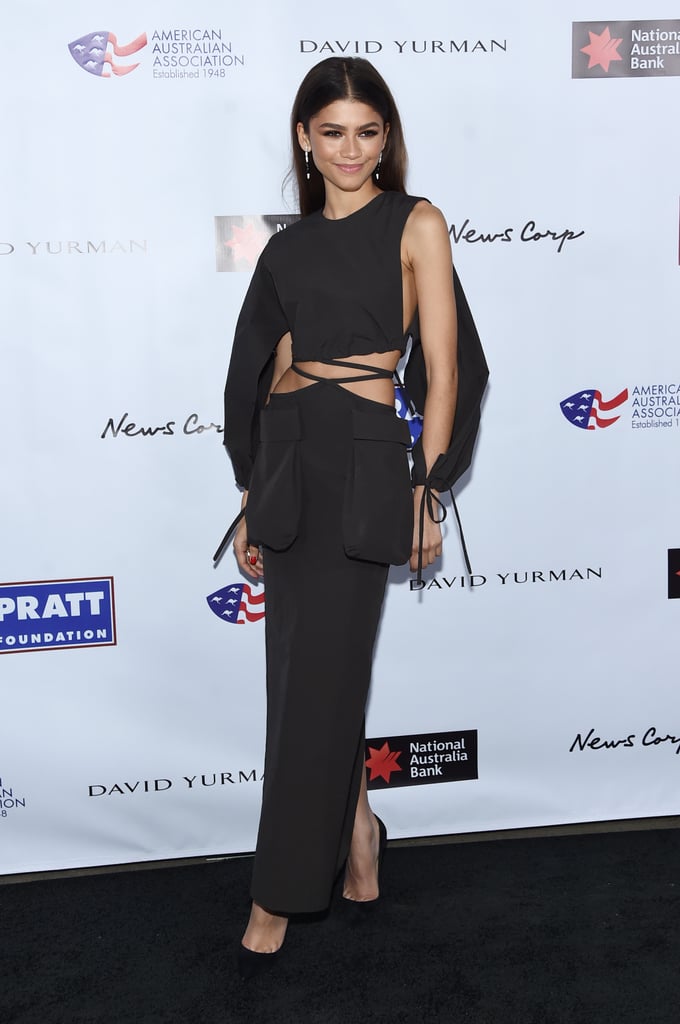 Excuse Me, Who Gave Zendaya Permission to Look THIS Amazing in a Cutout Dress?

Last week, celebrities loosened up a bit and experimented with their outfits. The star who had the most fun was Blake Lively. The 32-year-old actress made her return to the red carpet after giving birth to her third daughter with Ryan Reynolds to promote her latest film, The Rhythm Section, and she served up some *lewks*. Not only did she wear gloves with a body-hugging dress, but she also wore a cobalt-blue Max Mara coat that gave us life.

Storm Reid and Zendaya also found ways to light up the red carpet in looks that were a complete 180 from one another. Storm looked absolutely magical in a multicolor paneled dress by Rosie Assoulin, while Zendaya found a way to liven up a classic LBD by choosing a Christopher Esber dress that had a cutout along the stomach. Hailey Bieber also decided to take the devastatingly sexy route for her first red carpet appearance with Justin Bieber since getting married. For the red carpet premiere of the YouTube Originals docu-series Justin Bieber: Seasons, Hailey dazzled in a Zuhair Murad beaded number that had a keyhole cutout. Keep reading to see our top celebrity looks of the week.