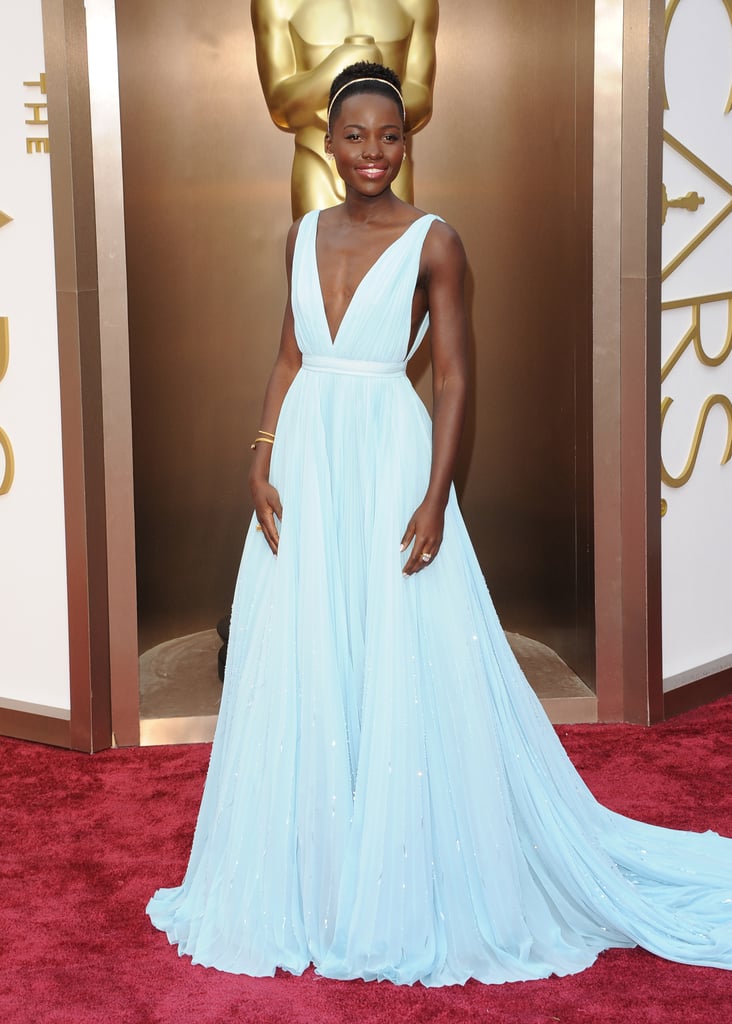 Lupita Nyong'o has been open about the ways in which the lead character in her new children's book, Sulwe, is similar to her younger self, and now it appears the similarities even go down to her clothing. In a sweet Instagram post shared on Oct. 14, the Little Monsters actress revealed that the blue dress Sulwe wears on the cover of the book was actually inspired by the gown Lupita wore to her first-ever Academy Awards ceremony.

"I drew a lot from my own childhood to write #Sulwe, but thanks to illustrator extraordinaire @VashtiHarrison, Sulwe and I have something else in common too: Nairobi Blue," she captioned a side-by-side of her book cover and a photo of her posing on the red carpet in 2014. "Vashti chose to put her in a dress color similar to the one I wore to my first #Oscars in 2014. It was a night that dreams are made of, beyond my imagination."

The 2014 Oscars was a special night for Lupita. Not only did she stun on the red carpet in a baby blue, pleated Prada gown, but she also took home her first-ever Oscar for her role as Patsey in 12 Years a Slave.

She continued in her caption, "With Sulwe, I wanted to give dark skin permission to exist in the world of dreams and imagination, where possibilities and potential really grow. Vashti's illustrations do just that and I cherish every page of her artwork." Read ahead to see photos of Lupita at the Oscars and images from her new book.