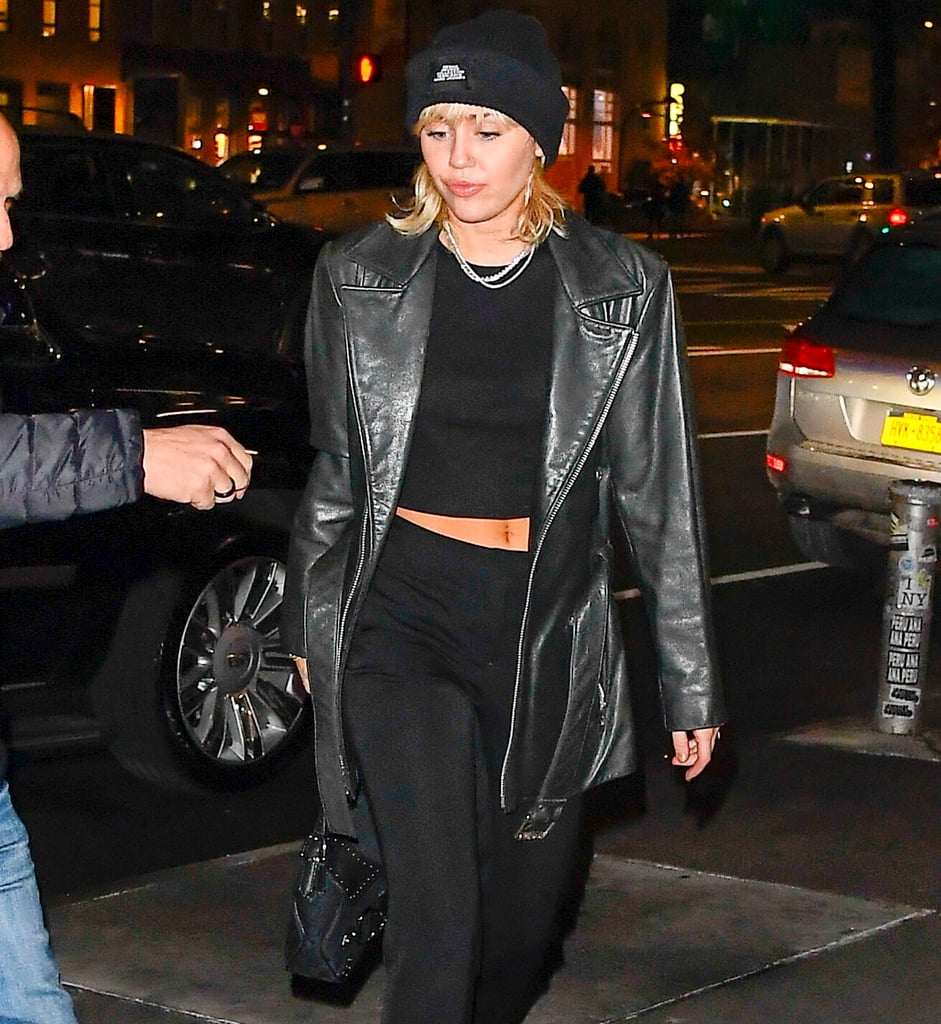 Right after attending Tom Ford's Hollywood-based runway show, Miley Cyrus had an appointment in New York City, and it appears as though it was with Marc Jacobs. The singer was spotted leaving the brand's office in SoHo right after grabbing dinner, so something tells us she'll be seated in the front row at his runway show, which, as always, is the grand finale of NYFW.

Miley has been upping her fashion industry appearances as of late, having attended last season's Tom Ford show as well and regularly showing off Versace looks on her Instagram feed. This all-black moment pretty much solidified why we like seeing celebs at Fashion Week — it just becomes obvious which brands speak to their signature style when we see them in these major designer looks.

Miley worked her new mullet hairstyle in this Marc Jacobs beanie, completing the ensemble with an oversize moto coat, a fitted crop top and trousers, and square-toe boots. Her final accessories? Layered silver chain necklaces and what appeared to be a vintage Gucci purse (we do know Miley loves to get into the thrifting spirit). Yes, this '90s grunge vibe is simple, but it's also exactly what we feel like wearing on a night out in mild Winter weather. Scroll through for more views of Miley's outfit, then pick up her essentials.