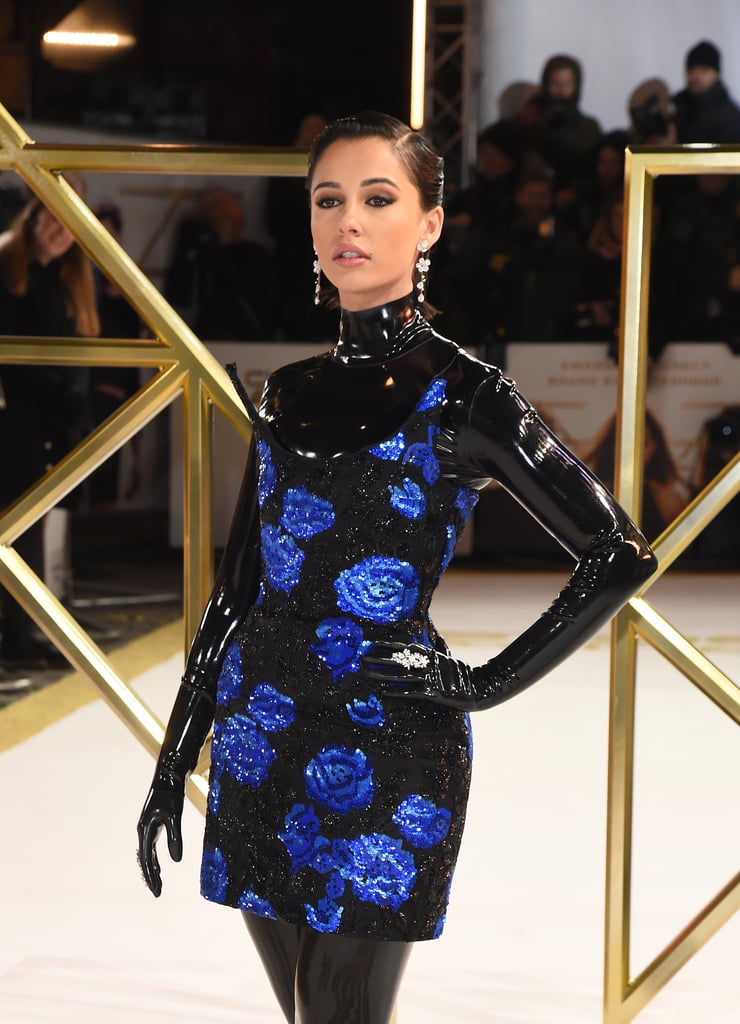 If You Don't Mind, I'd Like to Discuss Naomi Scott's Latex Charlie's Angels Premiere Dress

Naomi Scott's ensemble during her latest red carpet appearance was equal parts sexy and conservative. The 26-year-old actress appeared at the UK premiere of Charlie's Angels looking sleek and sophisticated in a latex bodysuit that she wore underneath a floral-printed "devil dress" from designer Richard Quinn's Fall 2019 collection. She wore the dress with a simple pair of black patent-leather Christian Louboutin pumps, dangling diamond earrings, and black gloves.

If Naomi's dress and bodysuit combination looks a tad familiar, it's likely because The Kissing Booth actress Joey King wore a nearly identical one back in October at Elle's Women in Hollywood event. Kendall Jenner also took on the trend at the 2019 Emmy Awards, where she showed up wearing a strapless, floral-print mermaid gown on top of a latex bodysuit made by the same designer. Keep reading to get a look at Naomi's dress from all angles.