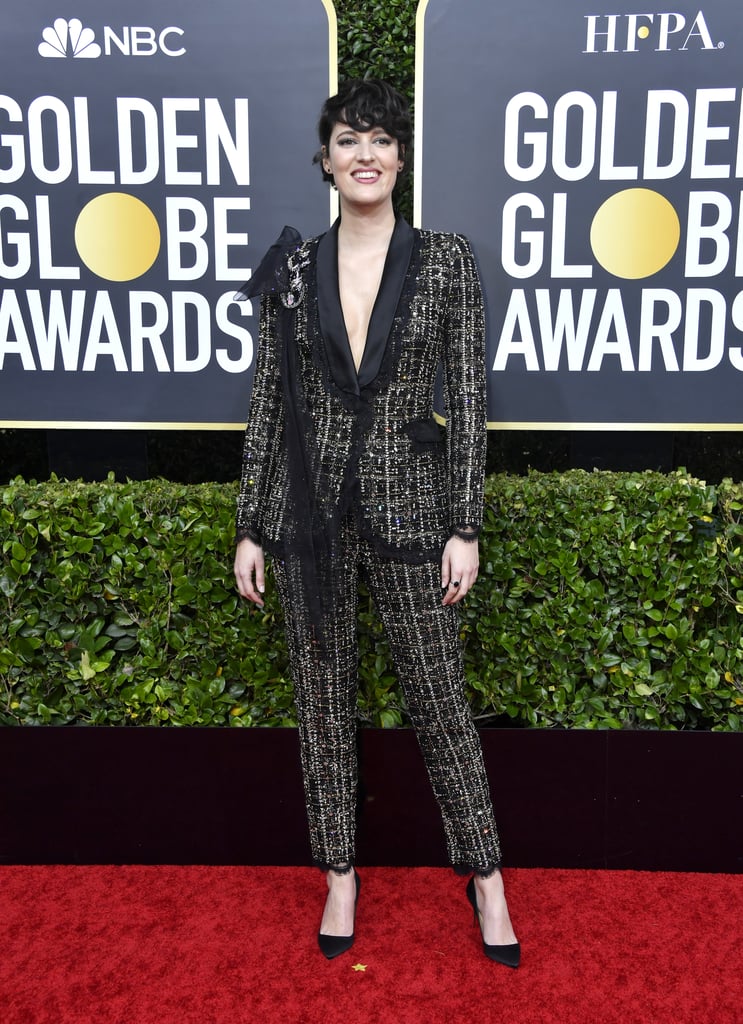 Phoebe Waller-Bridge is putting the power in power suit. On Sunday night, the fabulous creator of Fleabag arrived on the Golden Globes red carpet making a statement in her stunning two-piece tweed suit. The low-cut ensemble featured metallic threading and a detailed pin on one shoulder.

Maluma
Maluma Wore Silver Fangs to the VMAs, as If We Needed Another Reason to Look at His Smile
by Karenna Meredith 31/8