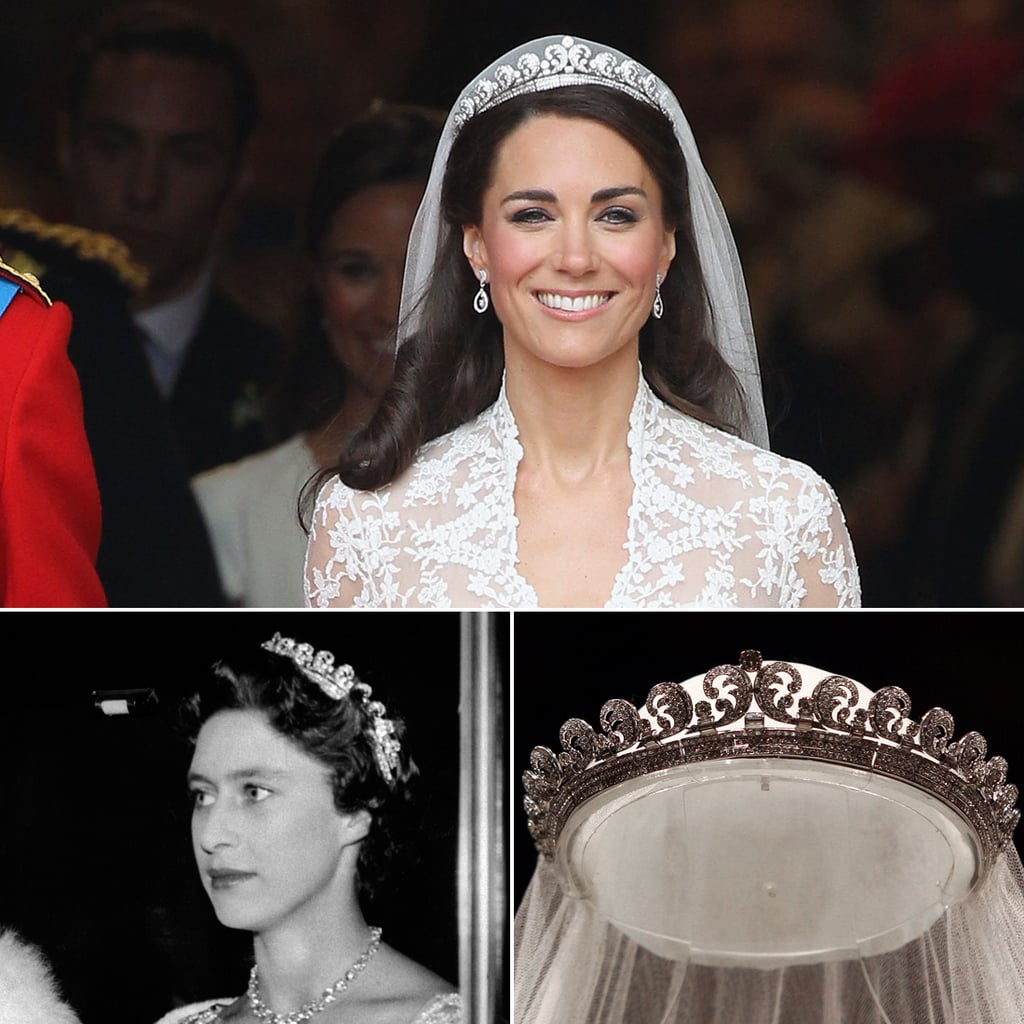 Kate's most famous piece of borrowed jewelry would have to be the Cartier "Halo" tiara that she wore for her wedding day in 2011. The tiara was purchased from Cartier in 1936 by King George VI (the Duke of York) as an anniversary present for his wife, Queen Elizabeth the Queen Mother. She in turn gave it to Queen Elizabeth II on her 18th birthday, and it has remained part of her personal collection. It features 16 graduated scrolls set with 739 brilliants and 149 baton diamonds. The tiara has previously been worn by high-profile women of the royal family, including Princess Margaret and Princess Anne. However, the last time it was seen out publicly was with Princess Anne in the 1970s.