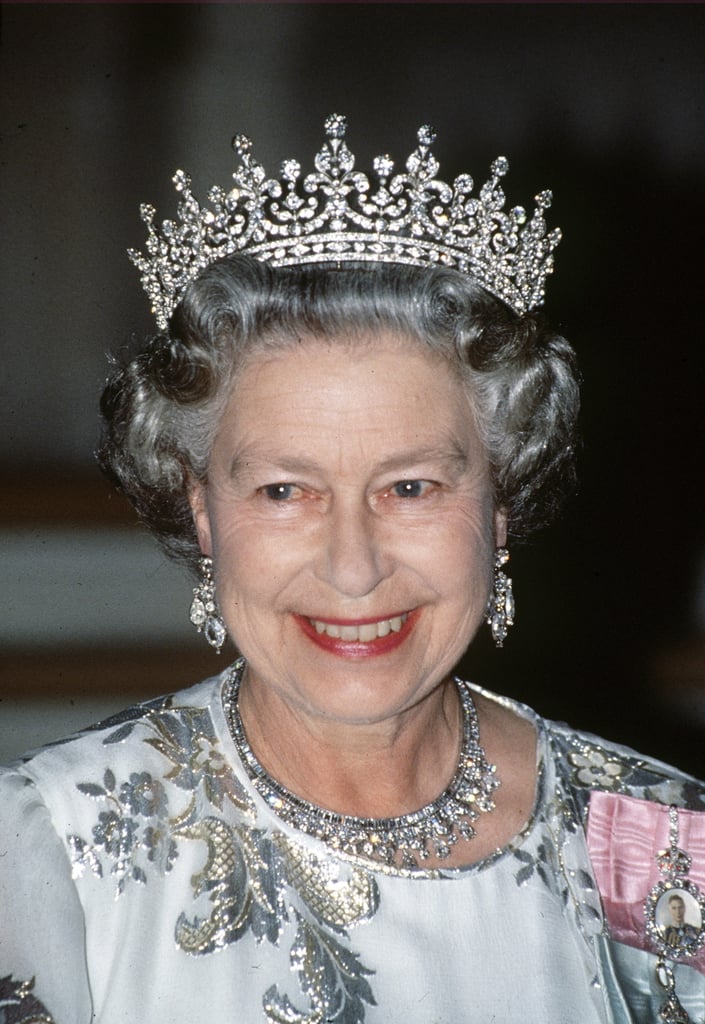 Possibly the Queen's favorite tiara - it's certainly the one she wears the most, including on some Commonwealth coins and banknotes, and on her historic first visit to Ireland in 2011. The piece was a wedding present to Queen Mary, purchased from Garrard with funds raised by a committee, and then passed down to the Queen Mother and then the Queen. It used to feature pearl spikes on top, but they were later replaced with diamonds.