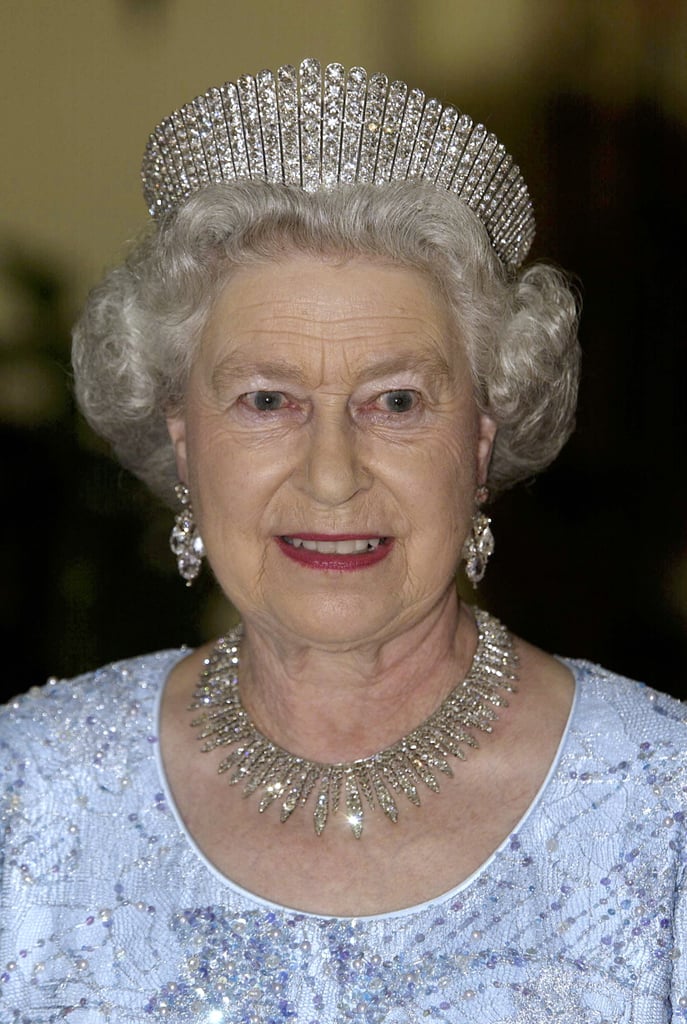 Inspired by the traditional headdress of a Russian girl, the Kokoshnik belonged to Empress Maria Feodorovna and was given to Queen Alexandra for her 25th wedding anniversary to King Edward VII. The piece features 61 graduated bars of 488 pave-set diamonds. It was passed down to the Queen in the year of her coronation and she has worn it many times since, including for official portraits in 1961 and 2002.