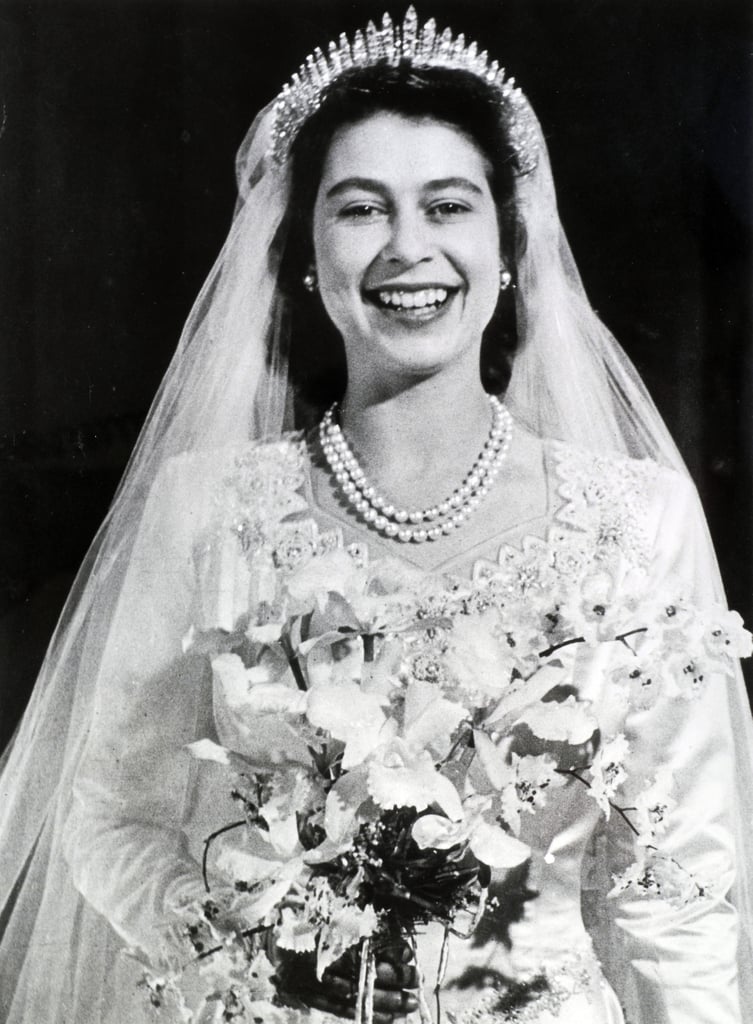 The Queen's wedding tiara was originally created in the Russian style by Garrard, and the diamonds came from a necklace/tiara bought by Queen Victoria as a wedding present for Queen Mary. After being passed down to the Queen Mother, it was her daughter's 'something borrowed' on her wedding day, although it broke and had to be driven across London with a police escort to be speedily repaired by the palace jeweler. It was also Princess Anne's 'something borrowed' on her wedding day over twenty years later.