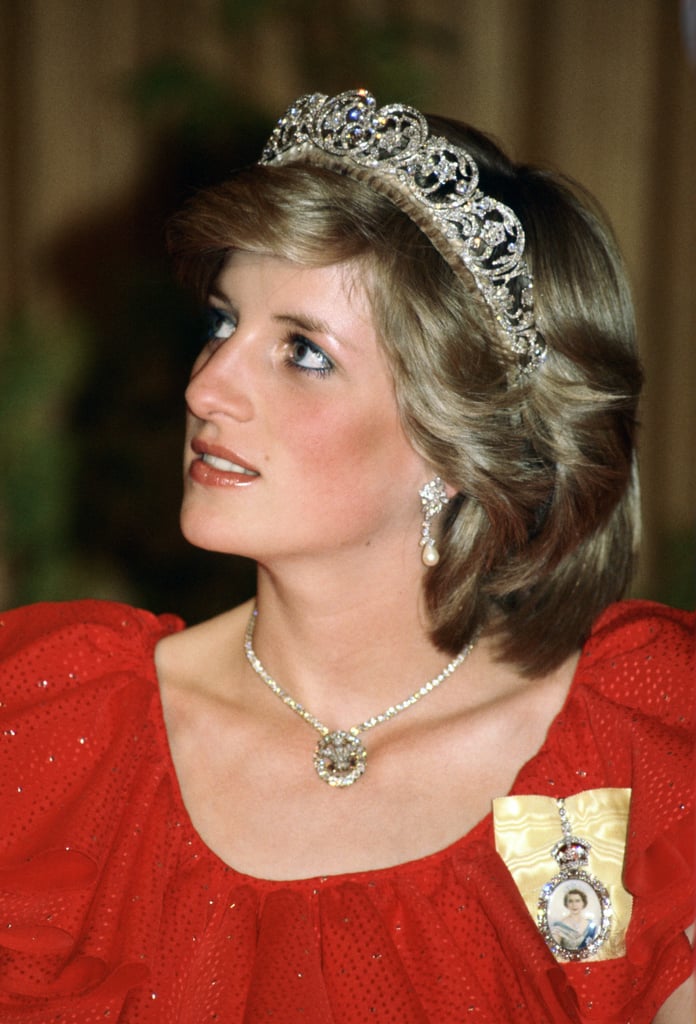 Diana wore her family's tiara on her wedding day — as her older sisters had at theirs — but although she preferred wearing it to the Cambridge Lover's Knot because it was lighter, she never actually owned it. The piece was originally from the 18th century, but was a mishmash of assorted tiaras that the Spencer family had owned — finalized as the piece Diana wore in the 1980s.

Diana's diamond Prince of Wales feather pendant was a wedding gift form the Queen Mother, and Diana wore it on its own or with an emerald cabochon drop.

Diana owned many pairs of diamond and pearl earrings, but these — a wedding present from the Emir of Qatar — were among those she wore most frequently.