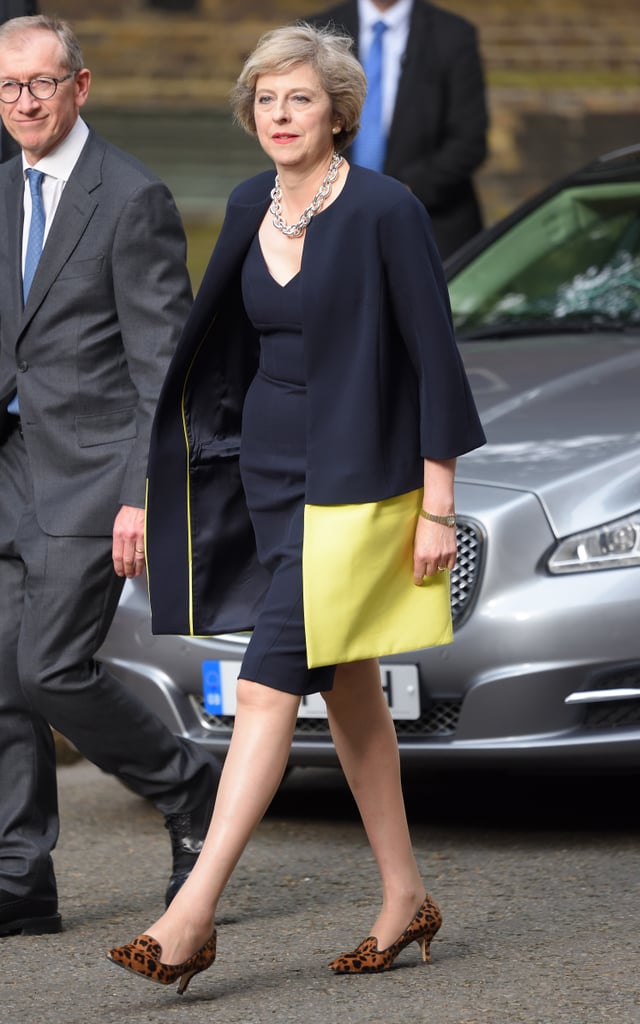 It's rare to spot British Prime Minister Theresa May on the job in a classic pump. Instead, she walks the streets in her leopard pumps with pride. But recently, Theresa was also criticized for the short hemline on her cocktail dress at the Pride of Britain Awards. If anything, her powerful style moves are proof that political leaders can (and should) wear what they like, despite any backlash.

Coronavirus
It's Official — Paris, Milan, and London Fashion Week Are All Going Digital This Summer
by Nikita Charuza 17/5

Coronavirus
J.Crew Files For Bankruptcy, but Will Stores Close? Here's What You Need to Know
by Sarah Wasilak 04/5

Clare Waight-Keller
Clare Waight Keller, the First Female Designer For Givenchy, Is Leaving the Brand After 3 Years
by Sarah Wasilak 12/4