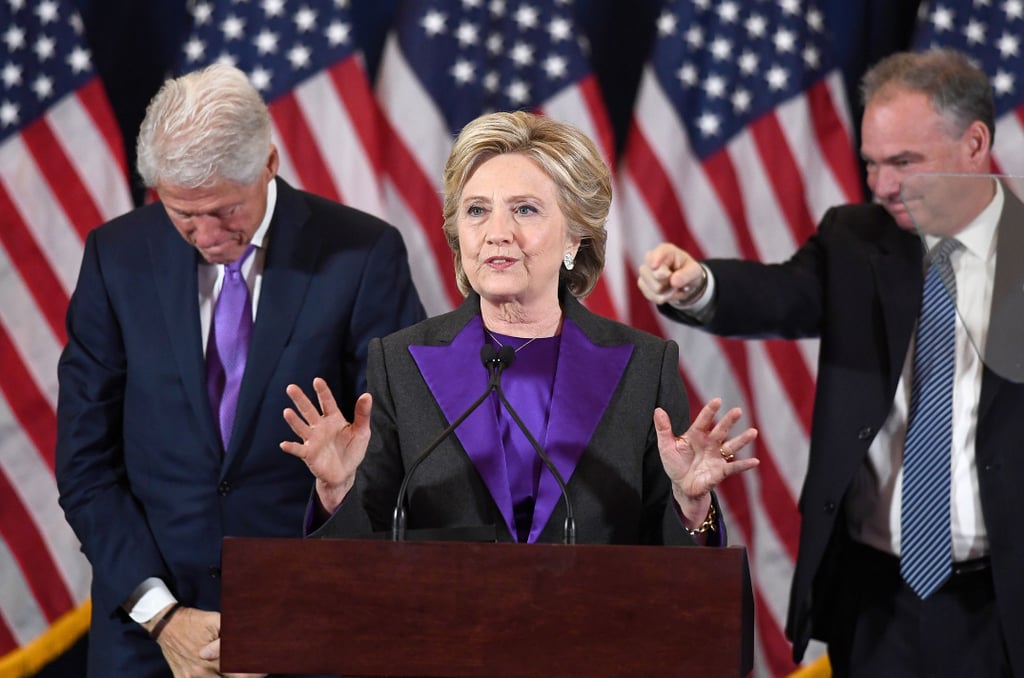 The lapels on Hillary Clinton's Ralph Lauren blazer (along with Bill Clinton and Tim Kaine's ties) were purple. The shade is a blend of red and blue, the colors of the Republican and Democratic parties. The symbolic gesture came at a time when plenty of Americans were feeling hopeless, after Hillary lost the race for presidency to Donald Trump. This statement was made during Hillary's concession speech, and it was certainly the uplift we needed to see.

Coronavirus
It's Official — Paris, Milan, and London Fashion Week Are All Going Digital This Summer
by Nikita Charuza 17/5

Coronavirus
J.Crew Files For Bankruptcy, but Will Stores Close? Here's What You Need to Know
by Sarah Wasilak 04/5

Clare Waight-Keller
Clare Waight Keller, the First Female Designer For Givenchy, Is Leaving the Brand After 3 Years
by Sarah Wasilak 12/4