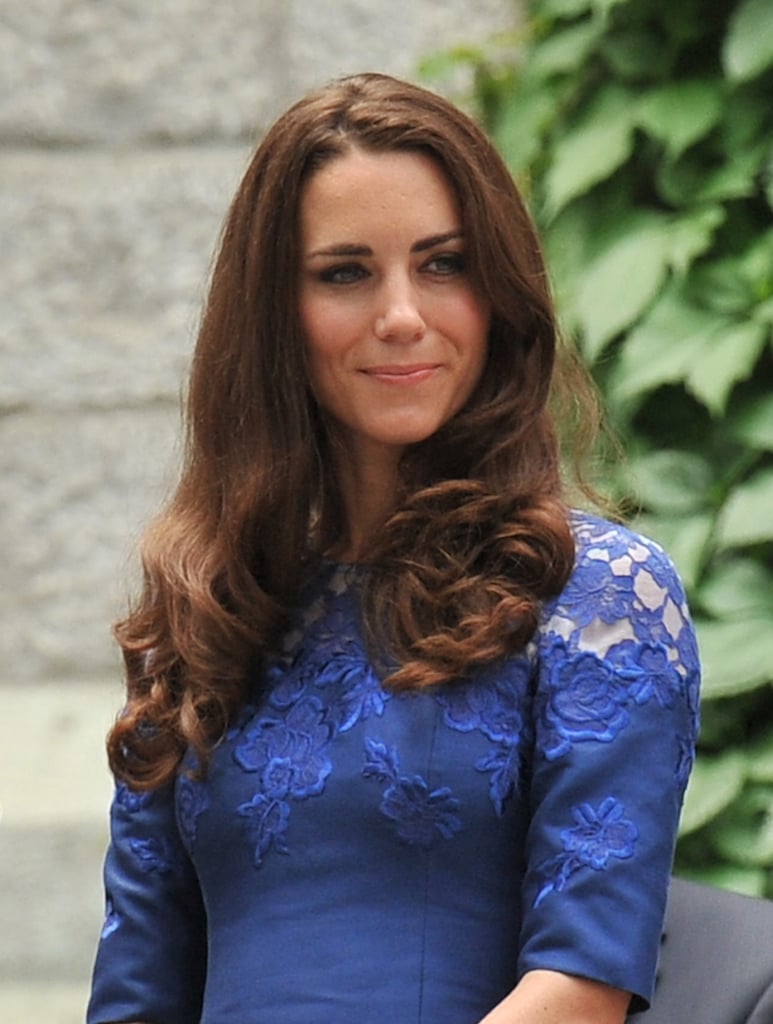 This is the look we first became acquainted with when Kate announced her engagement — and it stayed throughout her first year of marriage. Dark, glossy brunette locks, all one length, super-long and often worn in twirly-wirly barrel curls. For her first year of royal life Kate relied on the talented touch of James Pryce, who she'd known since her days as a girl about town in London. He had operated from the Richard Ward salon, but parted ways with his former boss and hasn't styled Kate's her since.