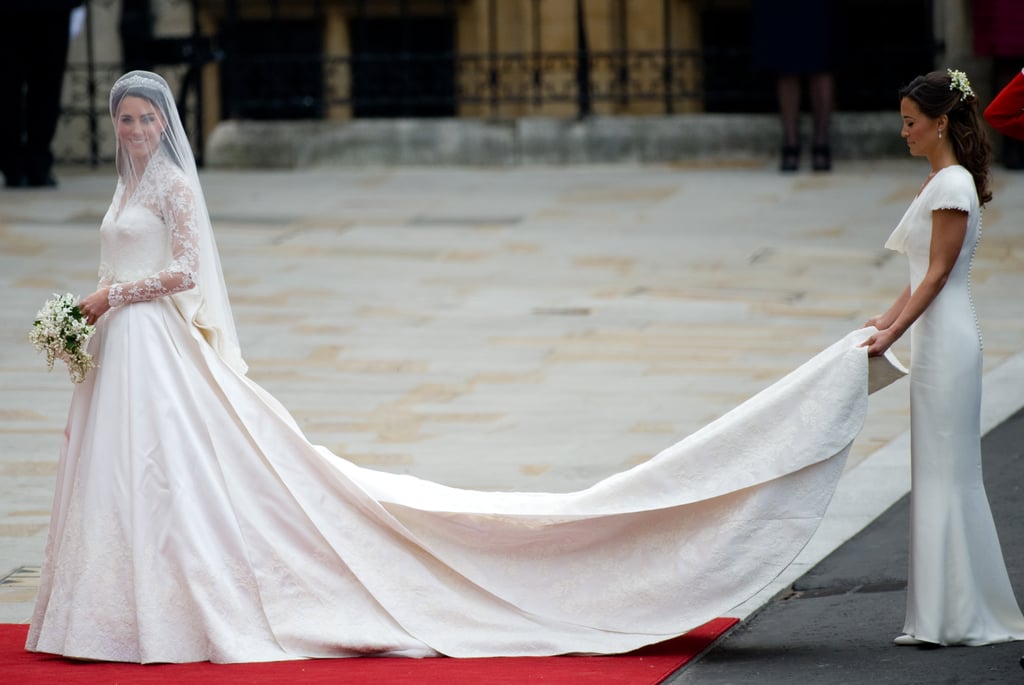 The British designer set up his company in 1992, and swiftly became known for an edgy an controversial style which saw him win British Designer of the Year four times. He designed a tour wardrobe for David Bowie, and Lady Gaga was also a fan, but after Alexander's suicide in 2010, his long-time assistant Sarah Burton took over, and it was she who designed Kate's wedding dress.

Kate had never worn McQueen before her wedding day, but it's thought she was first made familiar with the design house when she attended the 2005 wedding of Camilla Parker-Bowles' son Tom, and his bride Sara wore a McQueen creation. Now Alexander McQueen is Kate's number one clothing favorite, and she has called upon the company for full-length evening gowns, fashion-forward formal day dresses, clutches, belts, blouses, skirts, and coats. Key McQueen looks for the duchess have included several Trooping the Colour outfits, the coat she wore to Princess Charlotte's christening, and the scarlet dress she wore to the Diamond Jubilee River Pageant.