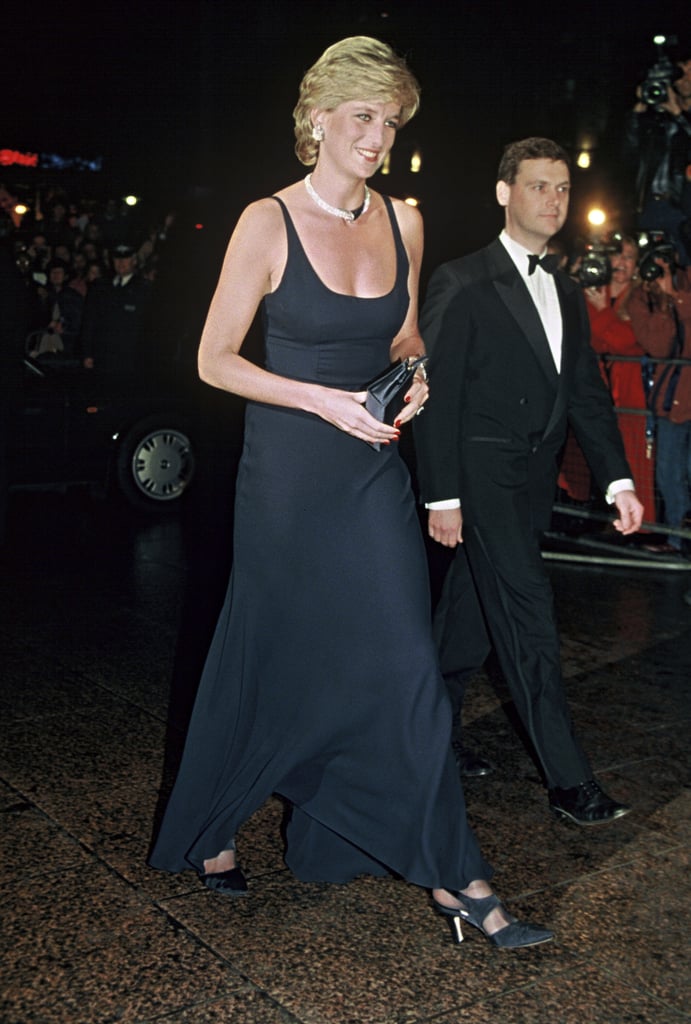 In 1995, at the premiere of Haunted in London, Diana chose this simple scoop-neck dress. It showed a lot more cleavage than she ever showed during her marriage to Prince Charles and indicated her continued independence as she broke away from the restrictions of the royal family. In fashion circles, it was the height of '90s minimalism, a look that perhaps didn't suit a princess but definitely suited a strong, independent woman. Diana upped the ante by adding jewellery that she'd received as a gift from the Sultan of Oman.

Celebrity Fashion
When It Comes To Fashion, Selena Gomez Is, and Always Be Our Main Source of Style Inspiration
by Kate-Lynne Wolmarans 3 weeks ago

Celebrity Style
We Know One Thing About Nicola Peltz's Wedding Dress: It'll Definitely Be Posh
by Sarah Wasilak 3 weeks ago