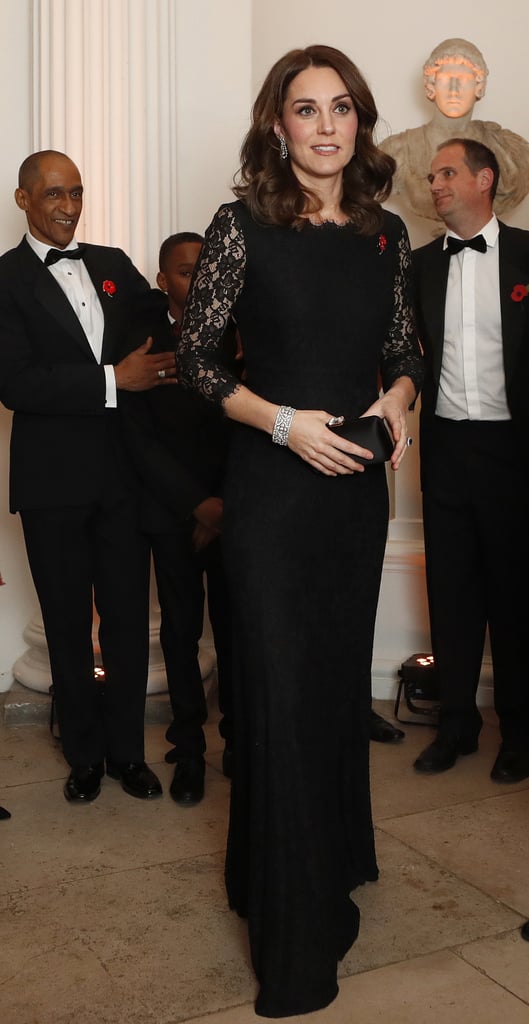 Kate has several DVF pieces in her wardrobe, including a pink paisley number that she's worn since her preroyal days, a green dress that she wore during her first royal tour in LA and again for Zara Phillips prewedding party, and a print dress that she wore on her tour of Australia. A floor-length black lace gown is clearly one of her favorites; not only did she wear it to the Royal Variety Performance in 2014, but also twice in quick succession recently — at a charity gala and for the queen and Prince Philip's 70th wedding anniversary party.