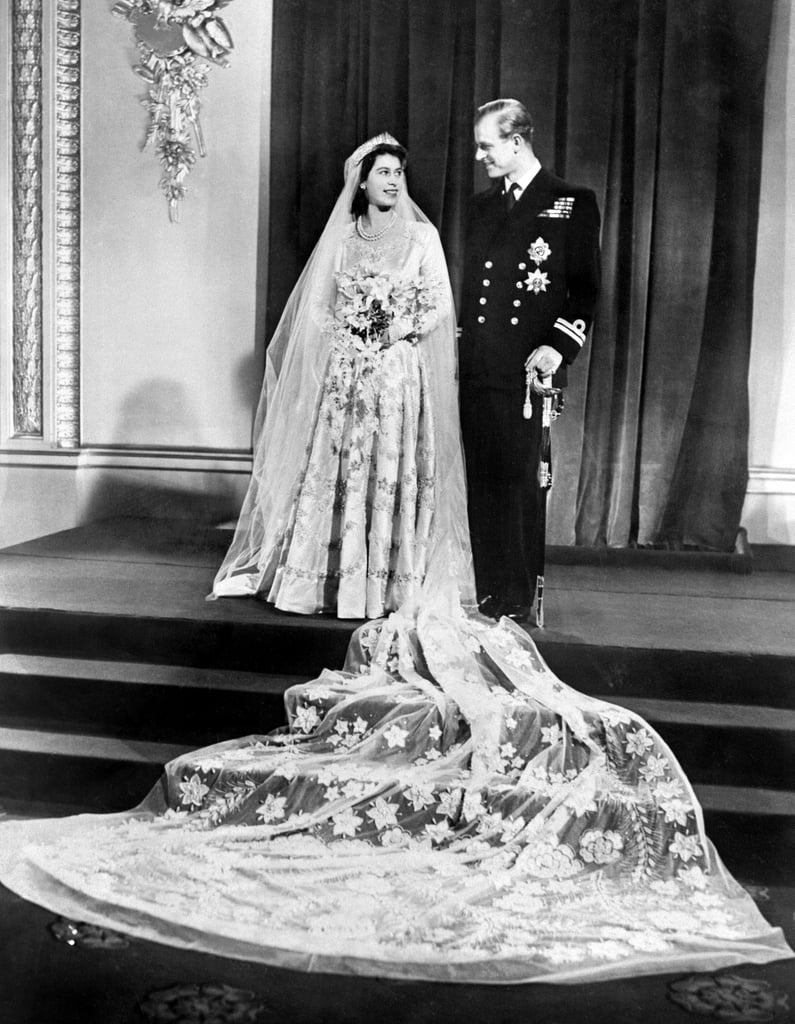 When the future queen married Prince Philip, she chose royal couturier Norman Hartnell to design her dress. War-time rationing was still in place, which meant coupons were saved up to pay for the dress, and the young princess received 200 coupons from the government. The exquisite gown with its 15 foot train was made from lustrous cream duchess satin, and stitched with 10,000 seed pearls, silver thread, crystals, and tulle appliqués. Hartnell took inspiration from the Botticelli painting Primavera, and smothered the dress in jeweled orange blossom, syringa and jasmine, ears of corn to represent fertility, and flowers and leaves to represent England and the Commonwealth countries including roses, thistles and maple leaves.

In a highly sensitive post-war era, rumors circulated that "enemy" Japanese silkworms were used for the royal gown, but it was later confirmed the silk was generated from Chinese silkworms. It has never been disclosed how much the dress cost, but the exact recreation of the gown that was made for the first season of The Crown cost $37,000.