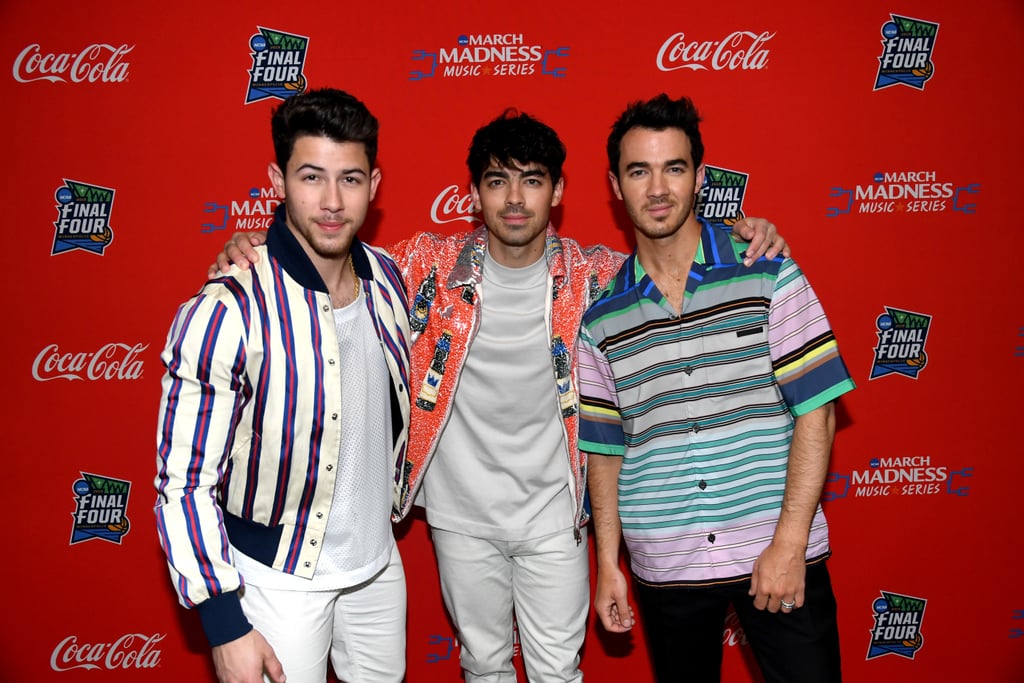 Though the brothers wore different designers for their performance at the March Madness Music Series — Nick in Todd Snyder, Joe in Ovadia & Sons, and Kevin in Prada — they did play off play off of each other with their looks. While Joe and Nick both wore bomber jackets, Nick and Kevin were matching in stripes.